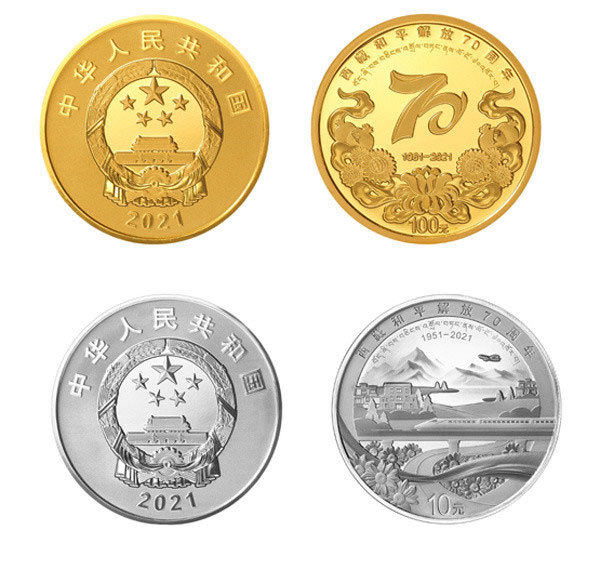 China's central bank will issue a set of commemorative coins on Aug 16 to commemorate the 70th anniversary of the peaceful liberation of Tibet.

The set will contain one gold coin and one silver coin, both legal tenders, according to a statement from the People's Bank of China.

Both coins feature the national emblem, the country name and year of issuance on the obverse, while the reverse is inscribed with combinations of different pictures, denominations, "1951-2021," and a line that reads "the 70th anniversary of the peaceful liberation of Tibet" in both Chinese and Tibetan languages.

The reverse side of the coin features a combination of images -- sunflower, pomegranate, snow lotus and hada, a traditional Tibetan silk scarf that symbolizes purity and auspiciousness -- as well as the number "70."

The silver coin, which is 40 mm in diameter, contains 30 grams of pure silver and has a face value of 10 yuan.

The maximum issuing limit of the gold and silver coins will be 10,000 and 20,000 respectively.