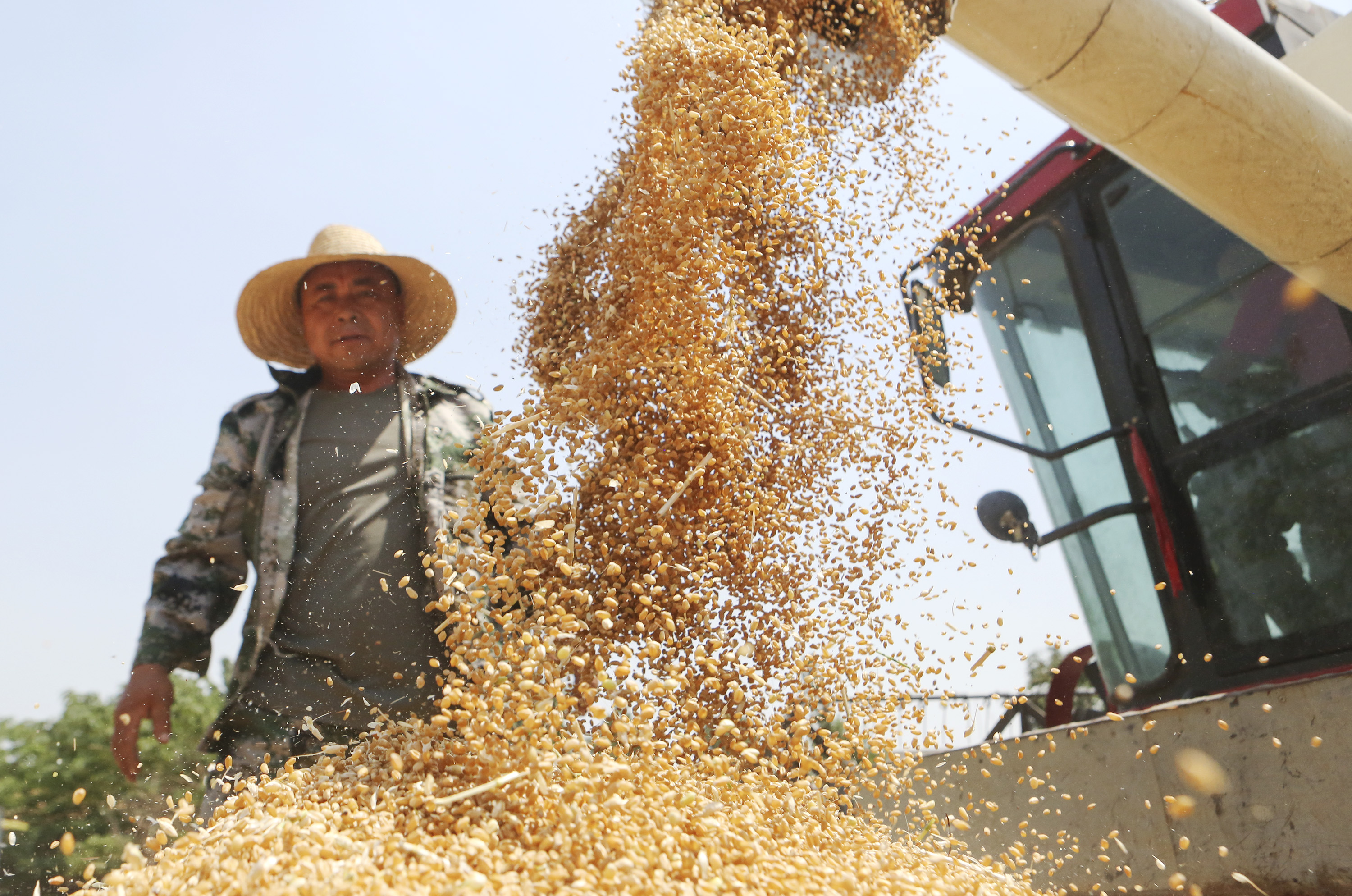 Han Changfu, minister of agriculture and rural affairs, made the remarks at a meeting attended by the chiefs of agricultural bureaus at city levels.

He said China had historically achieved a bumper grain harvest for 16 consecutive years, with its grain output reaching 663.85 billion kg this year, exceeding the 650-bln-kg mark for five years in a row.

Despite the achievements, China's grain production capacity remains to be consolidated, Han said, adding that people in some places had slacked off in grain production or even pared down crop planting.

Contingency plans must be made to prevent insect infestation and cope with regional drought or floods when necessary while early warning must be improved, he said.

The restoration of hog production and the development of modern animal husbandry will increase the demand for corns, therefore major corn producing areas need to elevate their productivity to secure a stable supply nationwide.

Soybean production and the cultivation of high quality special rice and wheat will be encouraged, he added.