China will expand environmental inspections to more cities and regions in a new round of checks from this month to April next year, the Ministry of Ecology and Environment (MEE) said in a statement on Friday, part of a three-year anti-pollution plan. 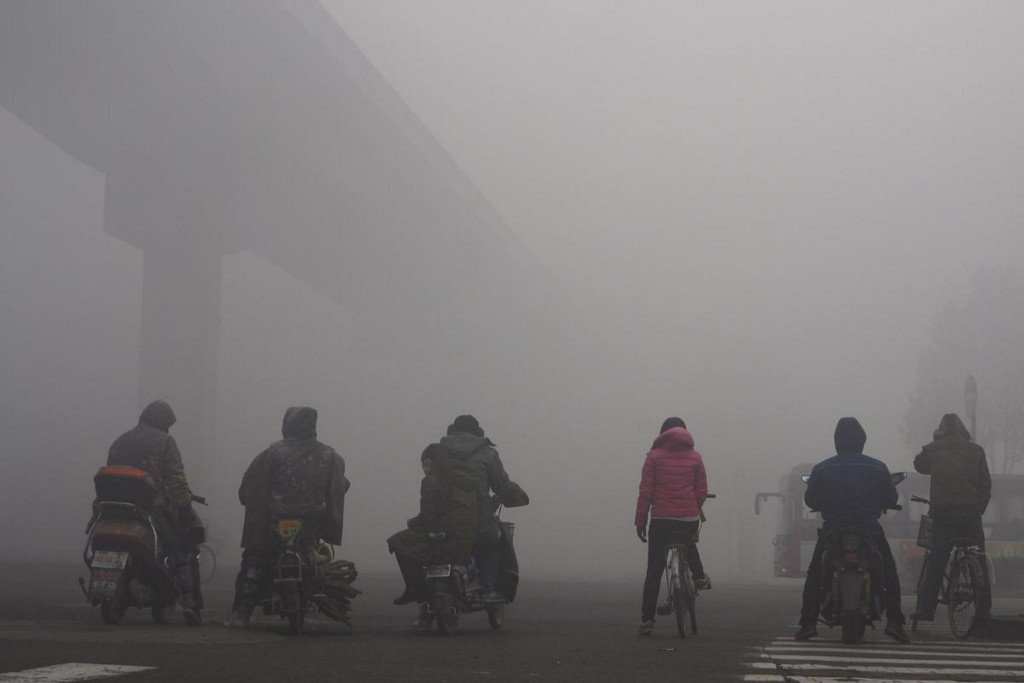 Residents on their bicycles and electric bikes wait for the traffic at an intersection amid heavy smog in Shijiazhuang, Hebei province, China, December 10, 2015. (File Photo: Reuters)

Apart from smog-heavy Beijing-Tianjin-Hebei and nearby areas, the inspections - to run from June 11 to April 28, 2019 - will also target the Yangtze River Delta region, including Shanghai, and Jiangsu, Zhejiang and Anhui provinces, and some 11 cities in the northwestern provinces of Shanxi and Shaanxi.

Two hundred teams with a total of around 18,000 inspectors and support staff will be sent out, tripling the workforce for the inspections carried out during this past winter.

The curbs and other anti-pollution measures have added to industry costs and disrupted growth. In China’s steel capital of Tangshan, GDP growth fell to 5.6 percent in the first quarter of this year, when winter production restrictions were most intense, dropping from 6.7 percent in the third quarter of 2017.

“The intensified environmental checks will focus on industrial, energy, transportation and land-use sectors, and continue to enforce production staggering and coal-to-gas conversion,” said the MEE in its statement.

Industrial plants were asked to cut as much as 50 percent of their output capacity on heavy pollution days this past winter, and millions of households and industrial shops were ordered to switch their heating systems from coal to electricity in a bid to reduce toxic emissions.

In 2018, the country aims to convert another 4 million homes to natural gas or electricity.

Emission in “key industrial sectors” such as steel, coal-fired power and building materials during winter and early spring will also be given special attention during inspections, the MEE said.

For the six winter months of October 2017 to March 2018, Beijing ordered 28 cities to cut concentrations of small breathable particles known as PM2.5 by 10-25 percent to head off public anger over rising pollution.

“Despite improvements in some regions, Beijing-Tianjin-Hebei remains the most polluted place in the country, while the Shanxi-Shaanxi region saw air quality worsen in recent years,” the MEE said.

The Shanxi-Shaanxi region accounted for 41 percent of China’s coal output in 2017. The two provinces’ mining, coal freight and coal-fired power plants will be key focuses of the coming inspections, according to the MEE’s plan.

Last week, inspection teams arrived in 10 regions, including Hebei and Jiangsu, to revisit thousands of violations uncovered by earlier Beijing-led probes, pressuring local authorities to beef up their anti-pollution curbs.

“Inspection is not ‘a gust of wind’ ... It will become a long-term mechanism to help local authorities to improve environmental quality,” said Li Ganjie, the environment minister, in a separate statement.