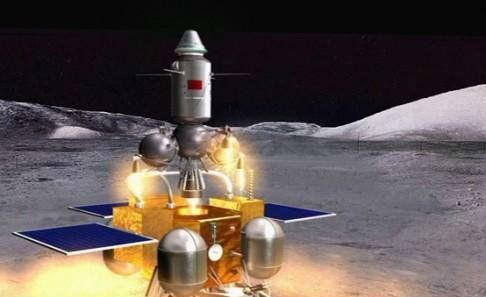 China plans to launch the Chang'e-5 lunar probe next year, which is expected to bring lunar samples back to the Earth, according to Pei Zhaoyu, deputy director of the Lunar Exploration and Space Program Center of the China National Space Administration (CNSA).

While addressing a space conference Tuesday, China's Space Day, Pei said that the Chang'e-5 lunar probe will be very complex, containing four parts: an orbiter, a returner, an ascender and a lander.

After fulfilling the three steps of its lunar probe program -- orbiting, landing and returning -- China will conduct further exploration of the Moon, including landing and probing the polar regions of the Moon, said Tian Yulong, secretary general of CNSA.

China will further develop its space industry after the unmanned lunar exploration is accomplished and its own space station is established around 2022.

Many experts have proposed building a scientific research base on the Moon in the future, said Wang Liheng, a senior consultant of the China Aerospace Science and Technology Corporation and an academician of the Chinese Academy of Engineering.

Manned lunar landing and exploration are a common desire for humanity and a springboard to go deeper into space. Setting up a scientific research base on the Moon would enable scientists to conduct research, gain experience and lay the foundation for future cosmic exploration, Wang said.