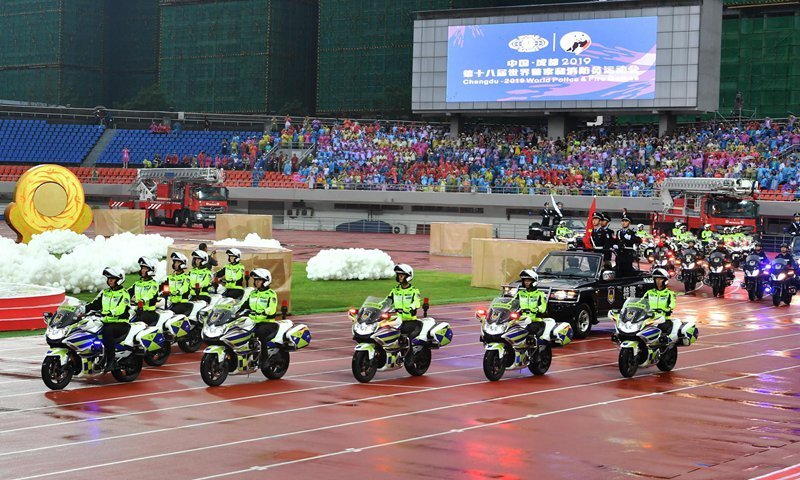 China's Ministry of Public Security (MPS) has announced that police across China will be required to conduct combat drills to improve their ability to safeguard national political and social stability.

Police departments nationwide will strengthen the basic training of all police officers and focus on improving abilities to prevent major risks and maintain stability and security, the MPS announced on its website on Friday in a notice regarding police combat drills from 2019 to 2022.

Drills should combine training and combat, highlight the strengthening of emergency response training, and improve quick response ability and the management of complex situations, the MPS said.

The MPS' move comes after 12,000 police in in Shenzhen, South China's Guangdong Province, participated in a drill on Tuesday featuring emergency scenarios that resembled the ongoing riots in nearby Hong Kong.