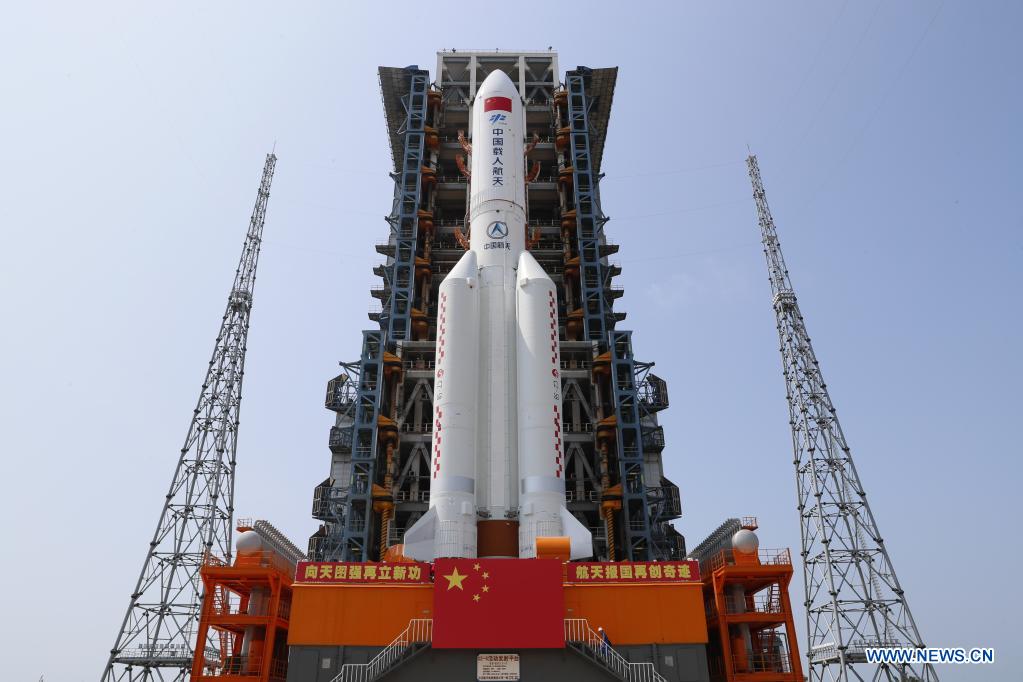 Photo taken on April 23, 2021 shows the combination of the core module of China's space station, Tianhe, and the Long March-5B Y2 rocket after it was transported to the launching area of the Wenchang Spacecraft Launch Site in south China's Hainan Province. (Photo: Xinhua)

BEIJING, April 29 (Xinhua) -- China plans to launch the core module of its space station at around 11:00 a.m. Thursday, according to the China Manned Space Agency (CMSA).

The Long March-5B Y2 rocket, carrying the Tianhe module, is filled with propellant and ready for launch, said the CMSA.