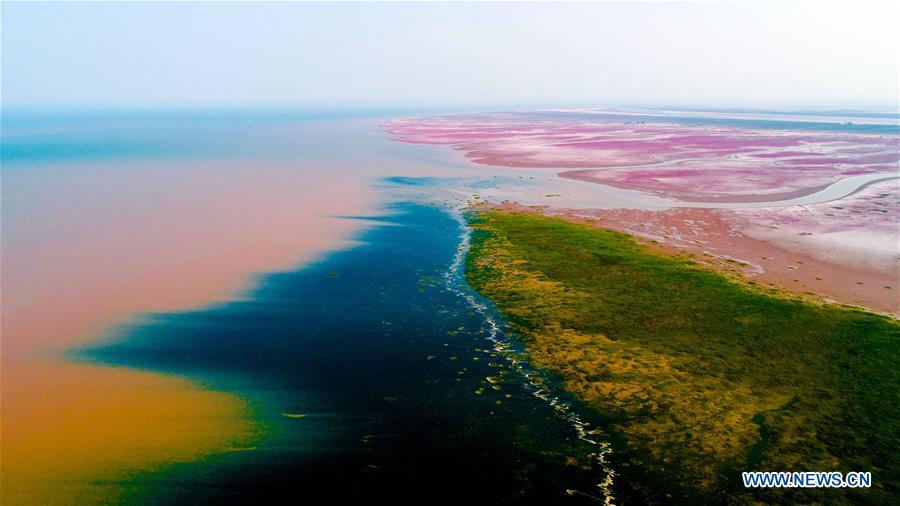 Aerial photo taken on June 23, 2018 shows wetland of the Yellow River Delta national natural reserve in Dongying, east China's Shandong Province. The Yellow River, the second longest river in China, originates on the Qinghai-Tibet Plateau and empties into the Bohai Sea from Dongying City. The city has been making efforts to promote ecological civilization and accelerate the construction of "wetland city". (Xinhua/Wang Jianhua)

BEIJING, Dec. 1 (Xinhua) -- China will take a comprehensive set of measures to fight against pollution and protect the environment of the Bohai Sea area, China's environment watchdog said Friday.

"The tough battle will be fought on four fronts, including addressing pollution sources on the land, curbing pollution from maritime activities, restoring the maritime ecological environment and preventing environmental risks," Ke Chang, a senior official from the Ministry of Ecology and Environment, told a press conference.

The battle will target rivers and outfalls flowing into the Bohai Sea, factories, pollution from rural residents and agriculture, and urban sewage. Pollution from mariculture, vessels and ports will be reduced.

The government will adopt the most rigorous rules in history to control sea reclamation and coastline development projects. It will carry out environmental risks assessments and law enforcement inspections to wipe out major risks to the maritime environment.

The government will also establish an early warning and emergency response system against red tide and green tide.