CHINA China to let self-driving cars be tested on highways

China to let self-driving cars be tested on highways 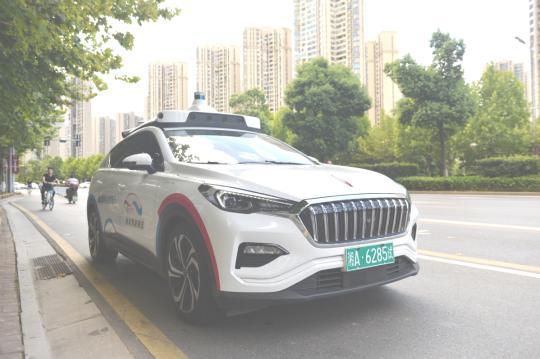 A self-driving taxi is parked on a street in Changsha, Hunan province, on Aug 6, 2020. (Photo: Xinhua)

China plans to allow autonomous vehicles to be tested on highways, as local companies have developed self-driving technologies for expressways and they have a strong demand to test their vehicles in a wider range of scenarios, according to a draft guideline published by the nation's top industry regulator.

The Ministry of Industry and Information Technology published the draft national guideline on its official website on Monday for public feedback. It is designed to update a guideline released in 2018.

Currently, no national regulations allow autonomous vehicles to be tested on highways in China, which makes it difficult for companies to accumulate relevant data to improve their technologies.

Sensing the emergence of domestic self-driving technologies for expressways, the ministry said there is a need to expand the scope for road tests and pilot applications of intelligent connected vehicles to include highways. But efforts will be made to ensure safety, the ministry added.

MIIT said so far, China has opened 2,000 kilometers of public roads for testing of intelligent connected vehicles, and it has issued more than 400 licenses to companies for self-driving tests, with the total road test mileage exceeding 2 million kilometers.