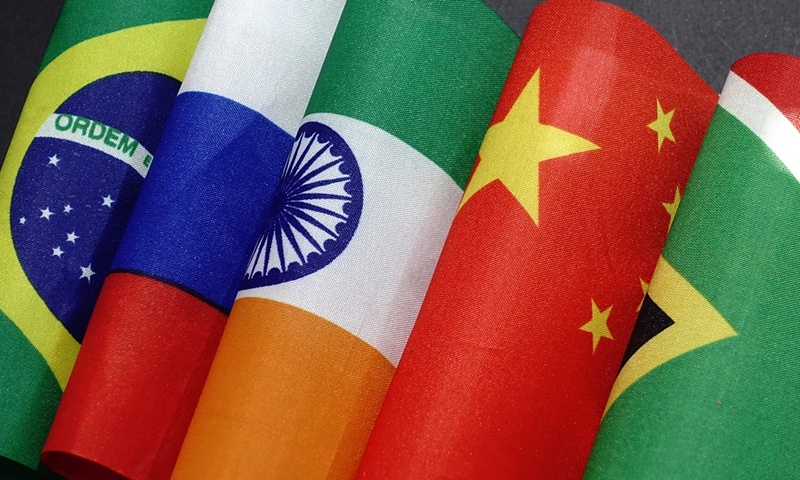 Chinese President Xi Jinping on Tuesday announced that China will set up a new industrial revolution innovation center in Xiamen, East China's Fujian Province, as a concrete step to promote cooperation among the BRICS economies.

Speaking at a virtual summit of the bloc of five emerging powers, Xi also reiterated that China will be more vigorous in integrating with the global market, taking the initiative in deepening global cooperation, and creating more opportunities and space for global recovery and growth.

This came after the fourth BRICS Industry Ministers' Meeting on August 24, at which Minister of Industry and Information Technology Xiao Yaqing said that in order to strengthen practical cooperation with other BRICS countries, China is considering establishing a BRICS innovation base.

Chen Xulong, researcher of the China Institute of International Studies, told the Global Times on Tuesday that the BRICS innovation base would focus on digital transformation and green energy innovation, including cooperation in AI, cloud computing and space cooperation, and medical technology, and projects would mainly be aimed at improving living standards.

Against the backdrop of the pandemic, the BRICS - Brazil, Russia, India, China and South Africa - have entered a new stage of comprehensive cooperation that would not just focus on trade but on a wider range of issues to raise living standards and achieve an economic rebound, experts said.

"More BRICS cooperation could be expected in the era of digitization, and high- and new-technology industry development, that the member states are very much in need of to achieve a rapid recovery from the pandemic disruptions," Song Kui, president of the Contemporary China-Russia Regional Economy Research Institute, told the Global Times.

Among BRICS members, China and Russia have already cooperated in emerging industries including new materials, aerospace, 5G, robotic science, and application and navigation systems, and their cooperation will be further deepened.

"For example, China's BeiDou satellite navigation and Russian's GLONASS will be further adapted to realize the depth of industrialization," said Song.

The Strategy for BRICS Economic Partnership for the period up to 2025 determines the medium-term priorities for the development of the BRICS' interaction in trade, investment, finance, assistance to micro, small and medium-sized enterprises, and the digital economy for sustainable growth, according to a report released by the Russian Embassy in China on Monday.

Among the priorities, the investment and finance that come with the New Development Bank of the BRICS attaches great significance to future growth, experts said.

More than 60 projects connected with the New Development Bank (NDB) have been approved for a total of more than $20 billion, according to the Russian Embassy's report.

The bank announced on September 23 a placement on the international market of a five-year bond of $2 billion, with the proceeds to be used to finance projects to combat the consequences of the pandemic.

Work is underway for the expansion of NDB membership. But experts warned of uncertainties posed by the global COVID-19 outbreak, and they said that unilateralism persists.

The global outbreak has hampered the normal personnel exchanges and economic cooperation involved in the planning, which might cast some shadow on future projects, including the projects invested in by the bank, said Zhao Gancheng, director of the Center for Asia-Pacific Studies at the Shanghai Institute for International Studies.

"In this context, the BRICS Summit this year could see less long-term cooperation, but more leaning towards dealing with the short-term crisis of the pandemic," said Zhao.