CHINA China to open 'two sessions' in May, step up public health legislation

China to open 'two sessions' in May, step up public health legislation 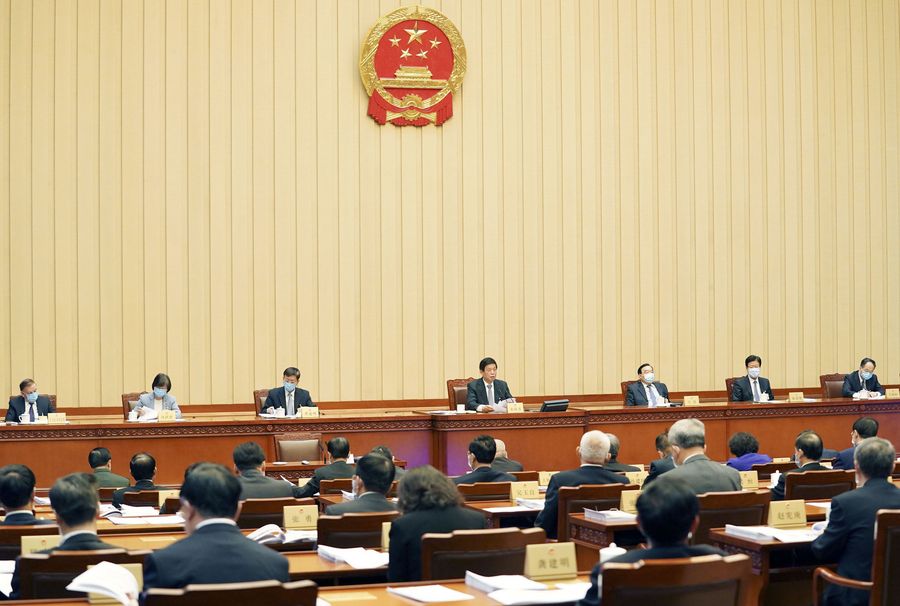 China on Wednesday set the new opening dates for its key annual political gatherings in May, sending a strong signal that the country is recovering from the coronavirus epidemic.

Known as the "two sessions," the annual sessions of the country's national legislature and political advisory body are usually convened in early March to decide on important state affairs.

But this year, the gatherings of about 5,000 people in Beijing were postponed due to the unexpected COVID-19 outbreak.

The postponement will allow efforts to be concentrated on epidemic control and put people's lives and health at the top of priority, the top legislature said in February when making the decision.

On Wednesday, the National People's Congress (NPC), the top legislature, announced that it will hold the annual session starting on May 22.

The National Committee of the Chinese People's Political Consultative Conference, on the other hand, said its annual session was proposed to open on May 21.

The dates were set at a time when the domestic transmission of COVID-19 has been basically curbed.

According to the health authorities, there were only 647 patients still being treated on the mainland while 77,578 people had recovered by Tuesday.

"The COVID-19 epidemic prevention and control situation in China is improving steadily and the normal economic and social life is gradually resuming," said a statement issued by the NPC Standing Committee after it decided on the annual legislative session's opening date.

"With various factors taken into consideration, the conditions for convening the NPC annual session at an appropriate time are ready," it added. 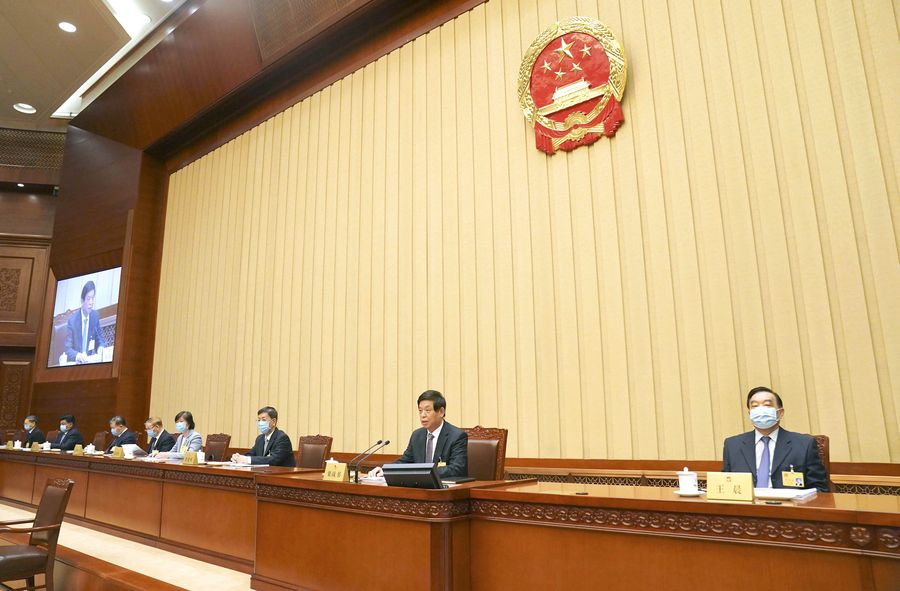 Li Zhanshu, chairman of the National People's Congress (NPC) Standing Committee, presides over the closing meeting of the 17th session of the 13th NPC Standing Committee in Beijing, capital of China, April 29, 2020.

For this year, national lawmakers will consider China's long-expected draft civil code, the government work report and other staple documents at the annual legislative session.

However, due to the COVID-19 epidemic, health is expected to be heatedly discussed by lawmakers when they meet.

A slew of public health-related legislation is in the making, according to the top legislature.

On Wednesday, the NPC Standing Committee adopted a revision to the law on the prevention and control of environmental pollution by solid waste, which stresses the management of medical waste, especially the management work in handling major infectious disease outbreaks.

Local health and environmental authorities should, within their respective jurisdictions, strengthen the supervision over and management of how medical waste is collected, stored, transported and disposed of, it stipulates.

The revision also stipulates that necessary funds should be earmarked by governments at all levels for hazardous waste disposal in case of emergencies such as major infectious disease epidemics.

During the session, lawmakers also heard a report on strengthening public health legislation, including a specific legislative plan that involves 17 health-related laws to be formulated or revised in 2020 and 2021.

But the COVID-19 epidemic has exposed some problems in legislation and indicated the need for systematic law revisions and improvements, he added.

The top legislature is working on a biosecurity law and a revision to the law on animal epidemic prevention.

Lawmakers will also expedite revising the frontier health and quarantine law, while carefully assessing the revisions to the law on the prevention and treatment of infectious diseases, the emergency response law and others.

Legislation task forces will be formed by NPC special committees and relevant State Council departments to work on the health-related laws.

"A strong line of defense of laws and regulations will be fortified to protect people's life and health," Shen said.