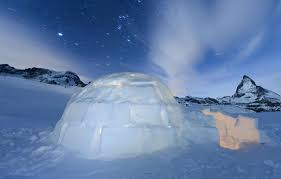 China will participate in the Multidisciplinary drifting Observatory for the Study of Arctic Climate (MOSAiC) project from September 2019 to October 2020, Science and Technology Daily reported Wednesday.

The team will use the RV Polarstern as a base to observe sea ice, the ocean and the atmosphere en route to the North Pole, Zhang Lin, director of the National Marine Environmental Forecasting Center's polar office, told the paper.

The year-round expedition will help scientists better understand the connection between the atmosphere, sea ice, the ocean and the ecosystem in the central Arctic region, the Beijing-based newspaper quoted Sun Qizhen, an assistant research fellow at the office, as saying.

They will contribute to the accuracy of weather forecasting and sea ice forecasting, he noted.

The climate in the Arctic is closely related to the climate on the Eurasian continent, said Ding Minghu, an assistant research fellow at the Chinese Academy of Meteorological Sciences, the newspaper reported.

"In the past six years, there were five cold episodes related to climate events in the Arctic," Ding said, noting that people should attach more importance to the Arctic climate research.

Through a project initiated by the World Meteorological Organization in 2012, an observation net will be established in polar regions by 2035.

China is not making enough investment in Arctic research and does not yet have enough scientists in this research.