CHINA China to phase out tax, fee reduction policy, meted out in 2020 as COVID-19 relief: Ministry

China to phase out tax, fee reduction policy, meted out in 2020 as COVID-19 relief: Ministry 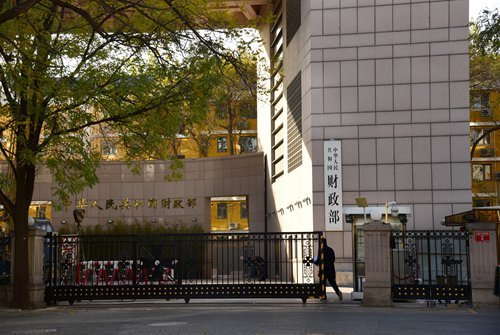 The Ministry of Finance in Beijing (Photo: VCG)

China will phase out tax and fee reduction policies that were launched last year to buffer against the COVID-19 epidemic in an orderly manner, Assistant Finance Minister Ou Wenhan said on Wednesday.

The country is set to extend some policies such as value-added tax (VAT) relief for small-scale taxpayers to maintain necessary support for the economy's recovery, Ou told a press conference, adding that interim and contingency policies concerning viral prevention and containment and aiming to ensure supplies would be discontinued as they are due to expire.

The economic recovery is expected to gain traction this year, with the IMF on Tuesday raising China growth projection to 8.4 percent in 2021, up 0.3 percentage points from the fund's January forecast. The fund projected a "mild tightening" this year after a large fiscal expansion in the prior year.

The country's success in containing the virus and subsequent strong economic growth momentum were factored into the country's goal-setting for this year's deficit-to-GDP ratio.

The ratio was set at around 3.2 percent for 2021, according to the central government's work report delivered to the National People's Congress in March. This compares with a deficit target of more than 3.6 percent of GDP for last year. Additionally, no COVID-19 special government bonds will be issued this year.