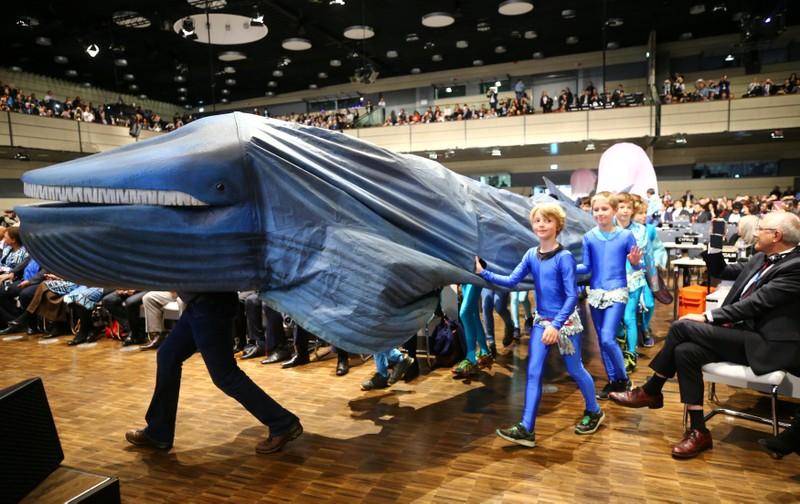 Children are seen during climate march prior to the opening session of the COP23 UN Climate Change Conference 2017, hosted by Fiji but held in Bonn, in World Conference Center Bonn, Germany, November 6, 2017. REUTERS/Wolfgang Rattay

China will take on a more assertive role and strive to push forward the Paris Agreement to combat global warming at the ongoing climate talks in Bonn, Germany, according to delegates from the country.

“China will do its best to fulfill its own climate pledges, and we do not rule out the possibility to achieve more than what we have pledged,” said Gou Haibo, a senior representative for climate change negotiations of the Ministry of Foreign Affairs, at a news conference in Bonn.

Thousands of delegates have convened in the German city for this year’s climate summit that will run for the next two weeks.

Gou said China is capable of achieving its carbon reduction goals ahead of the scheduled time — to reduce its emissions of carbon per unit of gross domestic product by 45 percent by the end of 2020, compared with the levels in 2005.

His comments come close on the heels of US President Donald Trump’s decision to pull the United States out of the Paris pact, a move that has dented global confidence in moving ahead with steps to combat climate challenges.

With uncertainties prevailing over the US move, China is confident of playing a leading role in the global climate change talks by providing constructive plans and suggestions, according to Gou. 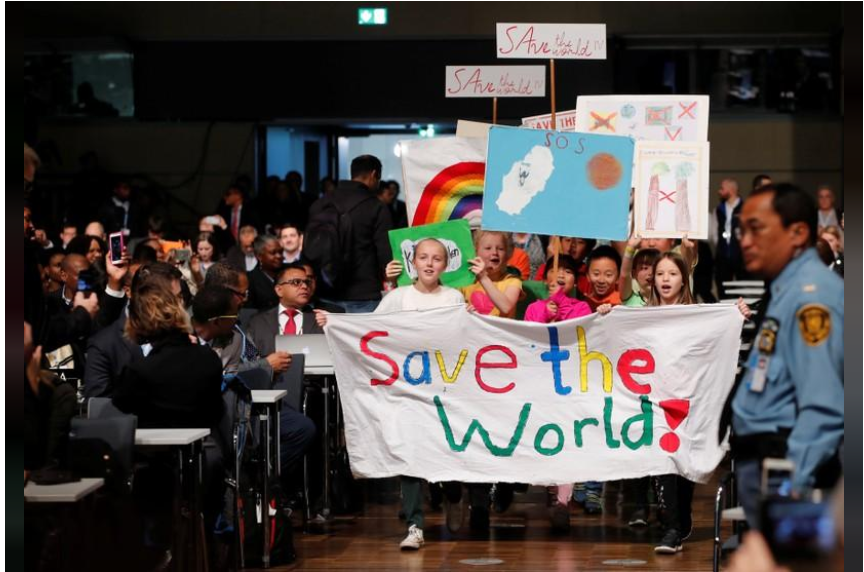 Children are seen during climate march prior to the opening session of the COP23 UN Climate Change Conference 2017, hosted by Fiji but held in Bonn, in World Conference Center Bonn, Germany, November 6, 2017. REUTERS/Wolfgang Rattay

Of the 83 proposals that were submitted by negotiators from nearly 200 signatories, five were from the Chinese delegation.

Lu Xinming, deputy head of the department of climate change of the National Development and Reform Commission, the nation’s top economic planner, said China has the responsibility to guide and help other nations to combat climate challenges.

Lu clarified that putting more efforts for dealing with climate challenge does not mean that China would need to fill the financing vacuum left by the United States.

Washington had pledged $3 billion for the Green Climate Fund but actually spent only around $1 billion. The fund was set up to raise money from developed nations to be spent on environmental projects in developing countries.

The international community is looking to China to fill the financial void, considering China’s fast economic growth and its strong commitment.

“Doing as much as we can in China is the biggest contribution we are able to make,” said Lu.

Echoing his remarks, Bai Yunwen, a senior researcher at Chinese non-governmental organization Greenovation Hub, said playing a leading role does not mean that China must raise its carbon reduction targets in order to assume leadership.

Apart from reducing its own carbon emission levels, China has played a significant role in helping other less developed countries to join the climate act, she said.

“Regarding China as a forerunner might be more appropriate compared to a leader,” she said.