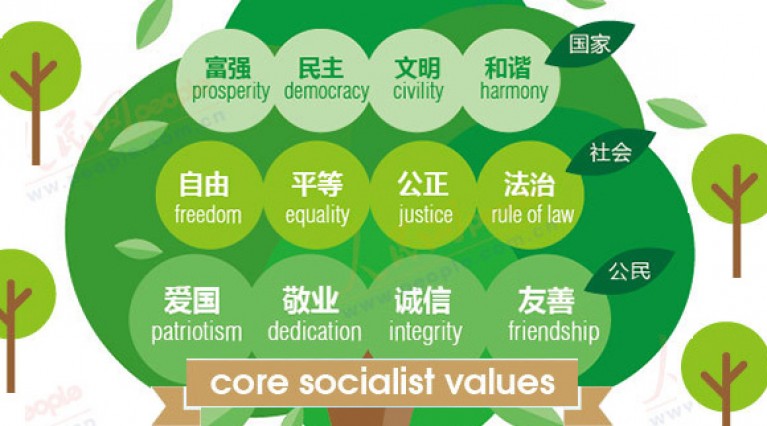 China's central authorities began an Internet project on Sunday to promote core socialist values through strengthening mainstream publication and increasing specific education online."The core values should be observed in online publicity campaigns, online culture and Internet services," said a statement jointly issued by six central agencies, including the Publicity Department of the Communist Party of China (CPC) Central Committee, the Xinhua News Agency reported.It called for an online learning platform for CPC members, a platform for public welfare resources and more effort creating fine works of art and literature to win online recognition. "Renowned brands of such projects should be created to guide online opinion," the statement said, according to Xinhua.The Internet enables different thoughts colliding with each other. Some Party members are easy to be influenced by Western thoughts, not to mention the common Netizens, said Su Wei, a professor at the Party School of the CPC Chongqing Municipal Committee.Netizens shall strengthen their rational knowledge - Chinese core socialist values - when the Internet reveals too much emotional recognition towards the society, Su told the Global Times on Monday. "We shall believe some social problems, such as drawback in the rule of law and corruption are just temporary," Su noted. During the 19th National Congress of the CPC, the CPC pledged to "seek that all areas of social development are imbued with the core socialist values and that they become part of people's thinking and behavior."Central Chinese agencies have said that Netizens need to increase their awareness of the country, nationality, and culture and that the cyber culture on campuses needs to be used in the best possible way, Xinhua said.