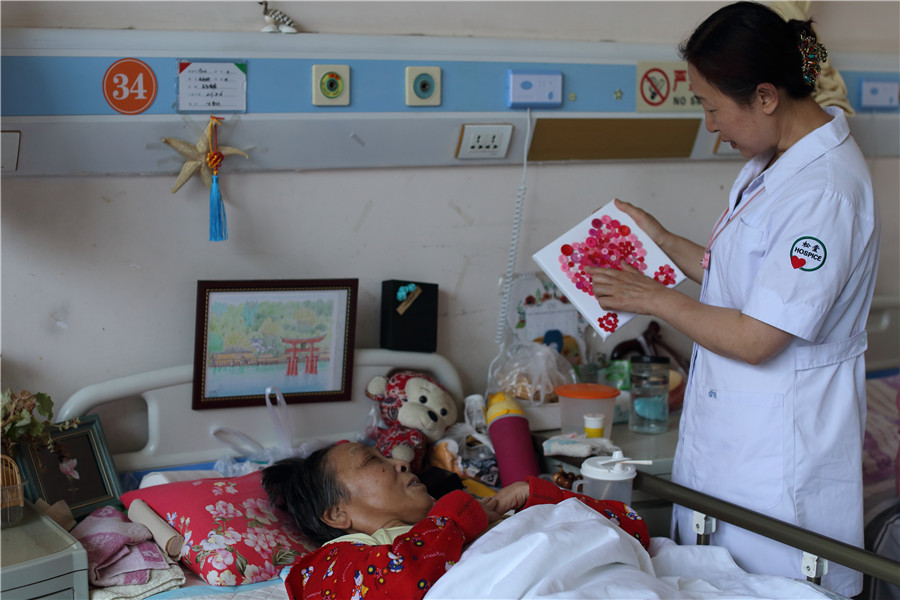 A member of staff at the Beijing Songtang Care Hospital, one of China's first end-of-life centers, chats with a patient. (Photo: China Daily)

BEIJING - China has begun to pilot an end-of-life care program in Shanghai as well as over 70 other cities and municipal districts to promote such care services, according to the National Health Commission (NHC) at a press conference Monday.

The pilot program was first launched in five cities and municipal districts, including Haidian district in Beijing, Putuo district in Shanghai and Changchun city in the northeastern province of Jilin, in 2017.

The NHC released a circular on the pilot program in May, calling for more research and investigations, recruitment of more talent as well as improved mechanisms to serve the program, said Wang Haidong, an official with the commission at the press conference.

End-of-life care, which is not yet common in China, provides palliation to terminally or seriously ill patients and meets their physical, mental and spiritual needs, aiming to help them die with more comfort and dignity.

A total of 283,000 patients received end-of-life care across the country in 2018, according to an NHC meeting on the pilot program held on June 3.