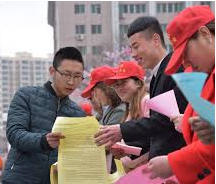 Three to four million rural migrant workers are expected to move to urban areas this year, Chinese Premier Li Keqiang said on Tuesday, stressing that it is the government's job to provide employment opportunities for them.

Li made the remarks at a press conference following the closing meeting of the first session of the 13th National People’s Congress at the Great Hall of People in Beijing.

The premier said the country's target is to create some 13 million jobs this year.

The government's efforts to tackle unemployment and create job opportunities are eventually judged by the Chinese people, Li said, adding that any shortcomings could never be covered up.

"In the past five years, China’s economy has been operating within a reasonable range. One of the greatest highlights is that more than 66 million urban jobs have been added to the economy, ensuring adequate employment."

There are some 280 million migrant workers in China who have played a significant role in the country’s urbanization process, Li said, noting that the government is required to create stable jobs and expand employment opportunities.