CHINA China to put use of public power under close supervision: NSC official

China to put use of public power under close supervision: NSC official 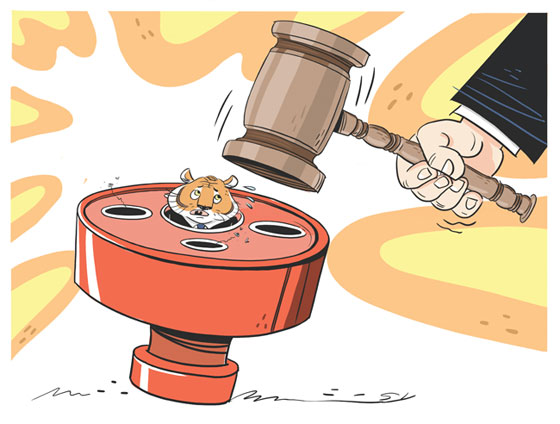 BEIJING - China will further improve the supervision system in 2019 to oversee the use of public power and everyone working in the public sector who exercises public power, according to an official with the National Supervisory Commission (NSC).

Gao Fengli, an official with the general office of the Communist Party of China (CPC) Central Commission for Discipline Inspection (CCDI) and the National Supervisory Commission (NSC), made the remarks in an interview posted on the official website of the CCDI and the NSC on Monday.

Moreover, the official stressed efforts to advance the legislation of laws for administrative punishment and supervision officers respectively, as well as the formulation of regulations for law enforcement work by supervisory agencies.