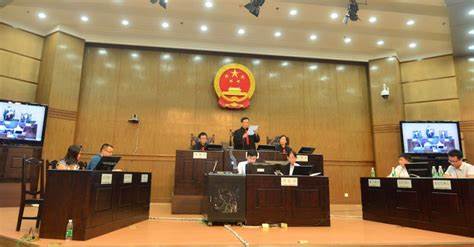 BEIJING, Sept. 15 (Xinhua) -- China has rolled out measures to boost the role of people's tribunals, the lowest level of courts in China, in primary-level social governance, according to a guideline issued by the country's top court.

The guideline, published Wednesday by the Supreme People's Court (SPC) on promoting high-quality development of people's tribunals, requires establishing community-based systems for the rule of law supported by people's tribunals.

People's tribunals should step up coordination with local governments to prevent and settle civil disputes, serve rural vitalization, protect the legitimate rights and interests of rural residents, and drive civilization progress in rural areas, it says.

Efforts should be made to protect the safety and dignity of left-behind children, women, the elderly and other vulnerable groups.

Litigation service centers with self-service equipment will be set up at people's tribunals, the guideline says, adding further efforts will be made to deliver cross-regional case-filing services.

According to the data, people's tribunals nationwide accepted 20.4 million cases between 2016 and 2020, of which nearly 20.3 million were concluded.