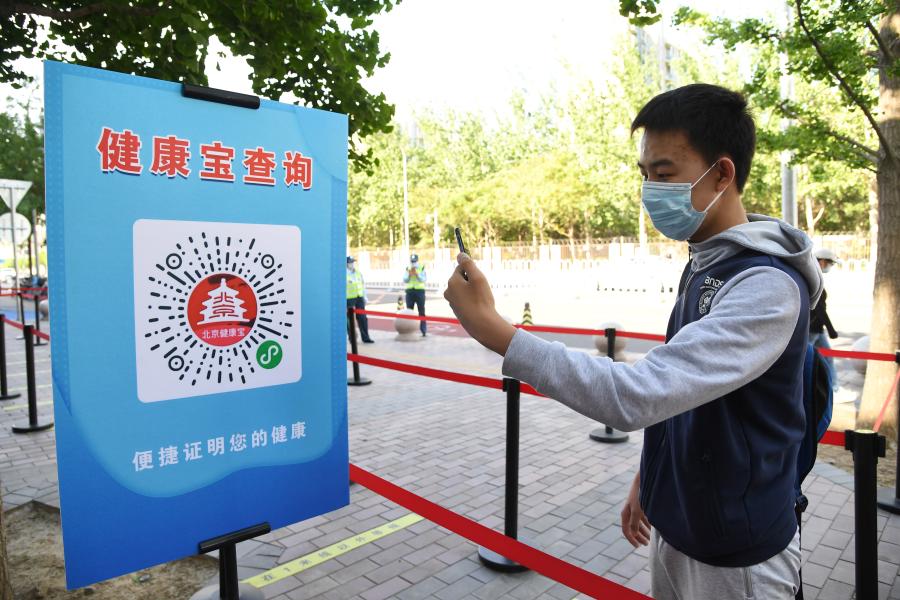 Epidemic prevention and control measures in many Chinese cities require residents to register their personal information including ID number, cellphone number and even facial recognition data.

"Collecting personal information related to epidemic control is a reasonable use of information. After the incident is over, this data has no importance and should be deleted," Zhu Wei, a professor at the China University of Political Science and Law in Beijing, told the Global Times on Tuesday.

Zhu noted that deleting or otherwise removing key information that can identify a specific person are both feasible options.

The new regulation has won support from many Chinese netizens, but some are still worried about the online circulation of personal information, even though relevant institutions have deleted this information.

A 20-year-old woman surnamed Zhao from Chengdu in Southwest China's Sichuan Province, who was confirmed as a COVID-19 patient on December 8 after her grandparents were also confirmed, became a target of online abuse last week.

She had made frequent visits to social venues, bars and clubs across the city.

Her ID number and phone number were leaked and circulated online. She received many phone calls and text messages bullying her.

For the purpose of epidemic control, it is legal and mandatory to announce Zhao's whereabouts, but leaking her ID number and phone number was an infringement of personal privacy, Zhu said.

The man who posted a photo online containing Zhao's personal information and record of movements was later detained by Chengdu police and given administrative punishment.

China has been stressing data protection amid the COVID-19 epidemic. In February, when the country was battling the epidemic, the Cyberspace Administration of China issued a notice stating that, except for epidemic control work,no unit or individual may disclose personal information, such as name, age, ID number or telephone number, without the consent of the person in question.