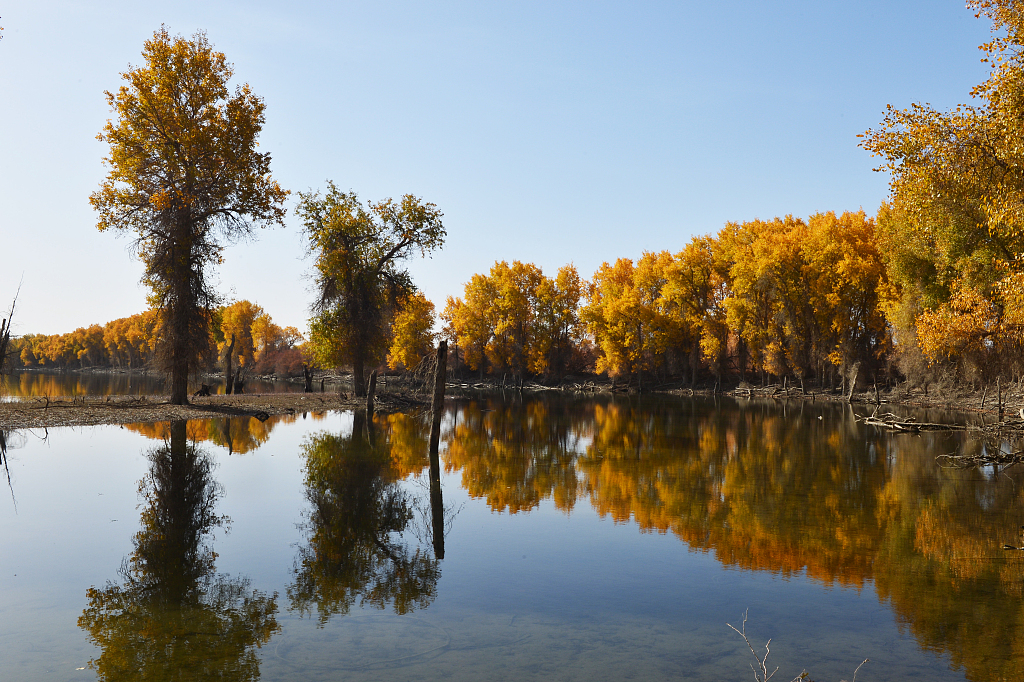 The regional forestry department plans to carry out field surveys on the coverage, distribution and degradation of populus euphratica forests in the Tarim River Basin, and conduct research on current water conditions, distribution of water-gates and the canal system along the river.

Spillways and flood barriers will be built for future irrigation, the department said.

Over the past two decades, China has invested more than 10 billion yuan (about $1.5 billion) to protect the ecosystem in the lower Tarim region. A National Nature Reserve of 390,000 hectares of populus euphratica forests in Tarim River Basin was established in 2006.

The three-year restoration plan will cover a larger area including 11 cities and counties along the trunk and four branches of the Tarim River.

"Irrigation water supply is critical to protect the forests," said He Yu, an official with the Xinjiang Tarim River Basin Management Bureau, noting that the bureau has made detailed annual water transportation plans since 2016.