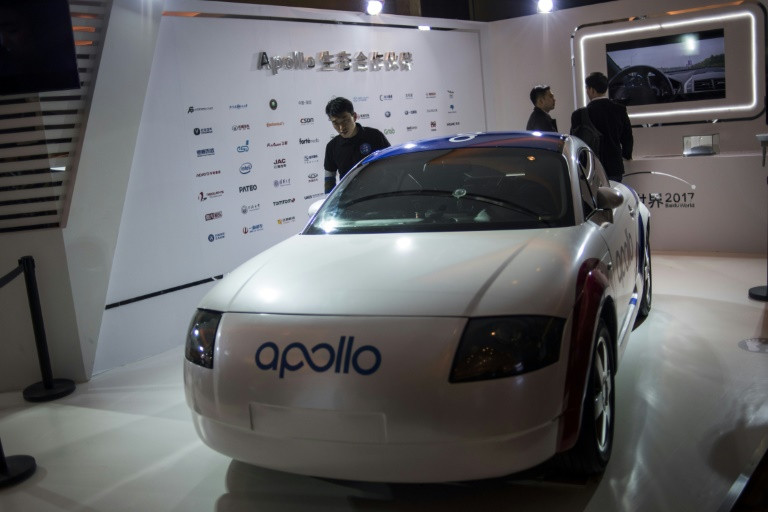 Driverless cars, like this Apollo, could be seen on China's roads 'within three to five years' (Photo: AFP)

Self-driving cars will hit the roads in China "within three to five years", the founder of Chinese internet giant Baidu, one of the world's leading designers of driverless cars, said Thursday.

That is a lot sooner than predicted by China's information technology minister, who last week said it would only be reality in 8-10 years, citing constraints related to safety.

"I'm more optimistic than him, I think it will come sooner," Baidu CEO Robin Li said in Beijing on the sidelines of a consultative political assembly of which he is a member.

Like Google, the Chinese company is spending on research and development to put a driverless car on the road.

In 2019, in cooperation with local manufacturers, the Beijing-based company plans to launch a car featuring "a high degree of autonomy," Li told reporters.

"Highly automated driving means ... for example, on a Beijing to Shanghai trip, as long as you stay on the highway, you will not have to worry about anything -- you can eat hotpot or sing inside while you're waiting to arrive," he said.

The driver would still, however, need to take the wheel again as soon as the car moved away from major highways.

"But in the next three to five years, I believe totally autonomous cars will make their appearance on the roads," he said.

In September the company established a $1.5 billion fund dedicated to developing driverless cars.

It also manages an open platform where it shares its technologies with designers and builders.