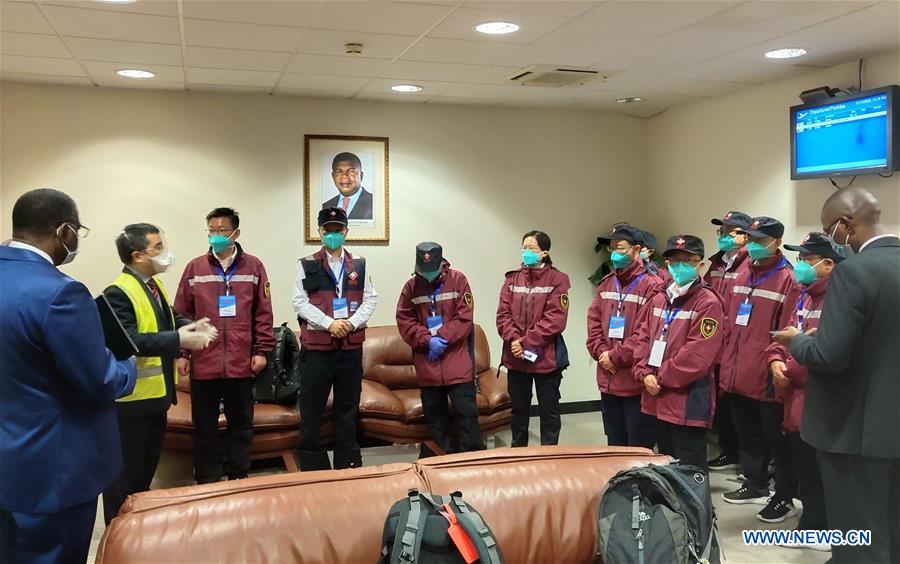 Chinese medical team members arrive at international airport in Angola's capital Luanda on Oct. 7, 2020. China has sent a team of medical experts to help Angola fight against the COVID-19. (Photo by Wang Le/Xinhua)

"China has already sent five medical teams to Angola, and the fifth team, with a dozen doctors, is currently working at the Luanda General Hospital since September 2019," said the diplomat at a press conference.

China has donated Sinopharm vaccines and supported the construction of testing laboratories to assist Angola's fight against the COVID-19 pandemic, he said.

In addition, Chinese companies and community in Angola donated biosafety materials and other equipment totaling 200 million kwanzas (about 310,000 U.S. dollars).