China to stabilize grain output in spite of overwhelming epidemic 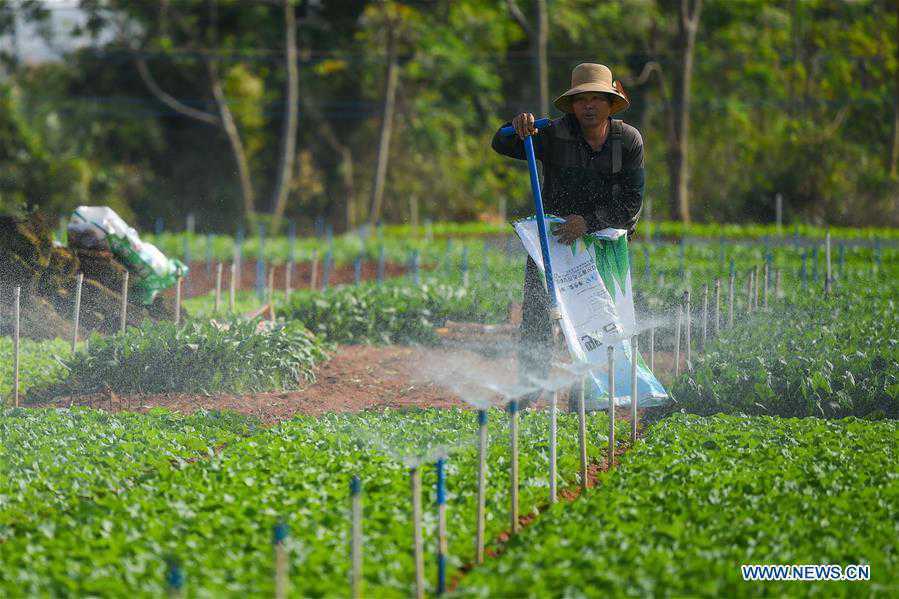 A farmer turns on the switch to irrigate vegetables at Shapo vegetable base in Haikou, south China's Hainan Province, Feb. 25, 2020. (Photo: Xinhua)

The country had historically achieved a bumper grain harvest for 16 consecutive years. During this period, its grain output reached 663.9 billion kg in 2019, thereby exceeding the 650-bln-kg mark for five years in a row.

Recently, the Ministry of Agriculture and Rural Affairs (MOA) issued a statement to ensure that the grain output will remain stable at more than 650 billion kg this year as well. By doing this, it will be possible to meet the annual goal clarified by the No. 1 Central Document, the very first policy statement released by central authorities each year.

At the same time, the results of spring farming will ultimately determine whether China can secure a bumper summer grain harvest, as pointed out by Ye Xingqing, head of the rural economy research department of the Development Research Center of the State Council.

“We should strive for outstanding spring farming results in order to guarantee the supply of agricultural products,” said Wang Xingzhi, head of the bureau of agriculture and rural affairs of Zhongjiang county in southwest China’s Sichuan province.

Measures should be taken to ensure the grain output of more than 35 billion kg throughout the province during 2020, according to Sichuan’s office of the central agricultural work leading group.

Southwest China’s Guizhou province also stated that the grain sown area in the spring in the province should remain stable over 40 million mu for a total grain output of 10 million tonnes for 2020.

The MOA also noted solid work on the prevention and control of major plant diseases and insect pests.

Efforts will also be made to resume production of supply of farming materials, including seeds, chemical fertilizers and pesticides in order to keep grain output stable.

Meanwhile, policies for agricultural subsidies will be improved to cultivate their enthusiasm for growing grain and increasing the income of farmers.

As long as the measures stated in the No. 1 Central Document can be put in place, China will minimize the epidemic’s impact on spring farming and keep momentum for stable growth of grain output, Ye added.