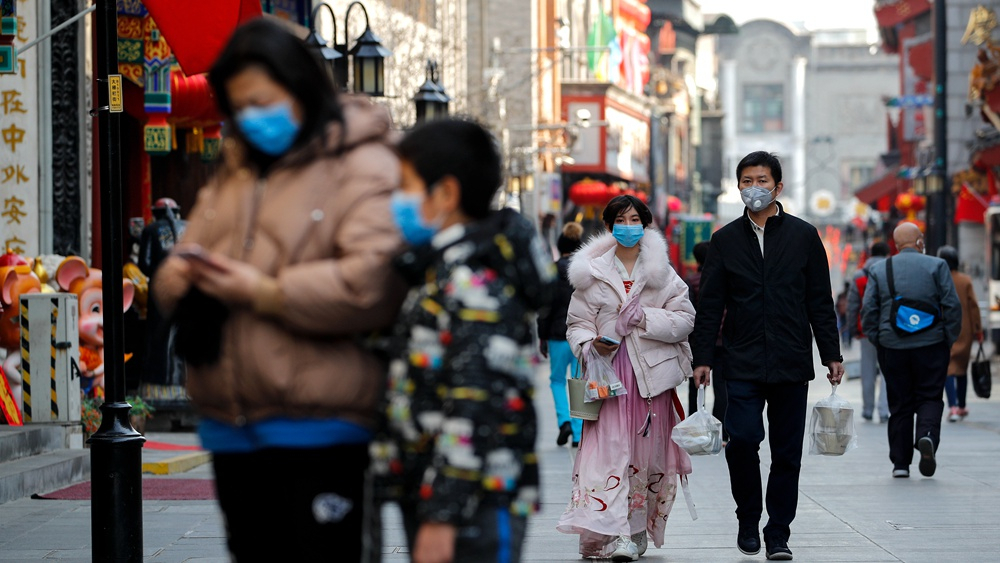 BEIJING, March 26 (Xinhua) -- A leading group of China's COVID-19 response on Thursday stressed measures to prevent the rebound of the epidemic within the country and called for stepping up prevention of imported cases by land and water.
The group, led by Premier Li Keqiang, called for comprehensive and scientific study and judgment on both domestic and overseas epidemic situation development, stressing that the complexity and severity of the epidemic situations should be fully recognized and should not be taken lightly.
Li, also a member of the Standing Committee of the Political Bureau of the Communist Party of China (CPC) Central Committee, presided over the meeting.
The meeting stressed measures to target both imported cases and possible domestic epidemic rebound, calling for improving measures and mechanisms for emergency response and routine prevention and control.
The domestic epidemic prevention and control should be carried out in a precise manner, the meeting said, urging firm, solid and meticulous prevention and control efforts to prevent cross-border COVID-19 transmissions.
The meeting also called for orderly promoting the resumption of work and production while preventing and controlling the epidemic in a scientific and precise manner.
The achievements of the epidemic prevention and control work in Hubei Province and its capital city of Wuhan, the former epicenter of the outbreak, should be consolidated, said the meeting.
The meeting pointed out that Wuhan should still have a strong team of high-level medical professionals specialized in intensive care to increase the cure rate and reduce the fatality rate.
The meeting stressed preventing a rebound of the epidemic domestically, adding that once a case is found, measures should be exercised immediately over the people and places where the virus may be transmitted.
Noting the rapid growth of the epidemic overseas, the meeting called for stricter management on people entering the country and continuous efforts to further prevent importing and exporting the virus at airports.
The meeting also urged to strengthen cooperation with neighboring countries and border control to battle the outbreak.
Wang Huning, also a member of the Standing Committee of the Political Bureau of the CPC Central Committee and deputy head of the leading group, attended the meeting.