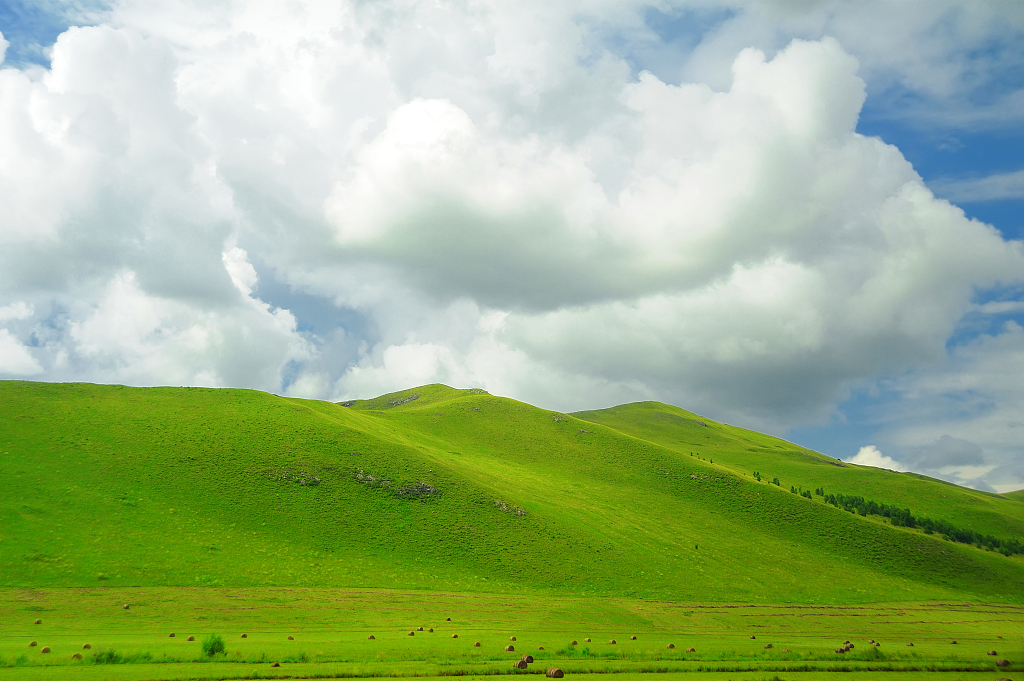 By 2025, the grassland protection and restoration system should be basically established, with the trend of grassland degradation fundamentally curbed and the country's grassland vegetation coverage stabilized at around 57 percent, the guidelines said.

The system will see further improvements by 2035, with degraded grassland undergoing effective restoration and comprehensive vegetation coverage reaching around 60 percent.

By the middle of the century, degraded grassland should be comprehensively restored, and a virtuous cycle of the grassland ecosystem put in place to form a new pattern of harmonious coexistence between human beings and nature.

The guidelines detail 16 tasks and measures, including establishing a grassland survey system and increasing policy support, to achieve the goals of grassland restoration.

China has pushed ahead with its land-greening efforts in 2020. The country improved the ecology of 2.83 million hectares of grassland and carried out desertification prevention-and-control work on over 2.09 million hectares of land last year, official data showed.