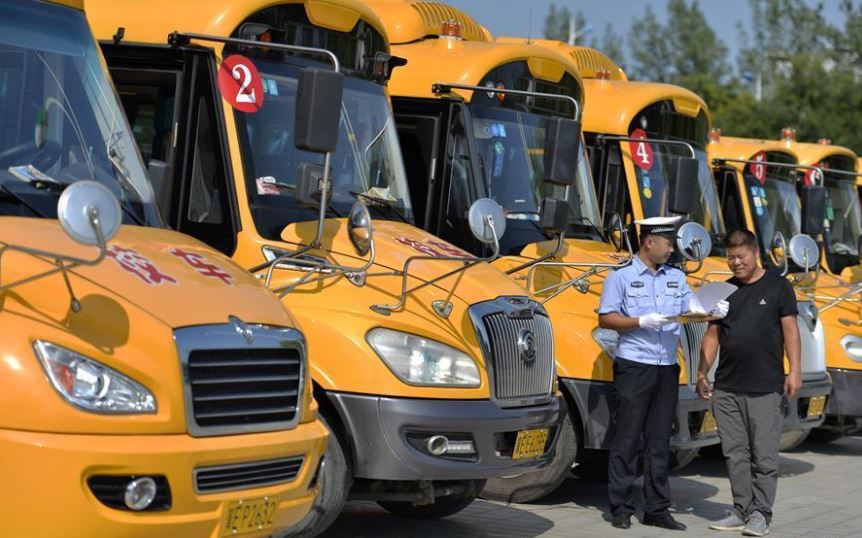 BEIJING, Jan. 18 (Xinhua) -- China has issued a circular requiring intensified investigation and punishment on unregistered school buses and illegal school bus behavior, according to the Ministry of Education Friday.

Students of primary and middle schools and preschoolers are forbidden to ride school buses that are not registered by authorities, the circular said.

The circular orders relevant departments to conduct a thorough investigation of students' means of commuting and keep an account of the models and plate numbers of school buses on a long-term basis.

Monitoring on private or unqualified kindergartens should be strengthened, and parents should be well informed of the issue, according to the circular.

More personnel should be dispatched to patrol the roads near schools and kindergartens at rush hours to ensure students' safety, it said.

The circular also called on local governments to fully implement the Regulation on School Bus Safety Management, which was released by the State Council in 2012 to reduce students' traffic risks.