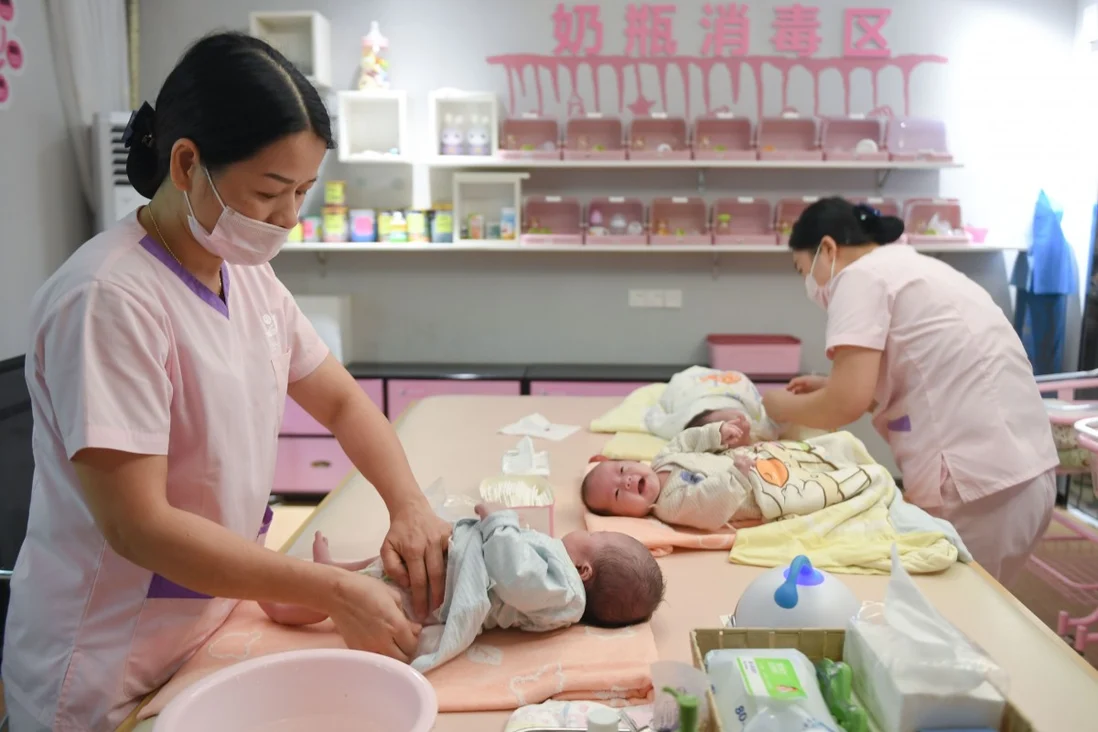 Photo: China’s overall population continued to grow, rising to 1.4 billion at the end of the year from 1.39 billion a year earlier. / Xinhua

BEIJING, May 31 (Xinhua) -- China will support couples who wish to have a third child, according to a meeting of the Political Bureau of the Communist Party of China (CPC) Central Committee held on Monday.

Implementing the policy and its relevant supporting measures will help improve China's population structure, actively respond to the aging population, and preserve the country's human resource advantages, the meeting said.

Xi Jinping, general secretary of the CPC Central Committee, chaired the meeting to hear reports on major policy measures to actively address the aging of the population during the 14th Five-Year Plan period (2021-2025).

China has a large population, and the aging of its population has been increasing in extent in recent years, the meeting said.

According to the latest census data, Chinese people aged 60 or above accounted for 18.7 percent of the country's total population in 2020, 5.44 percentage points higher than that in 2010.

China's increasing elderly population will reduce supply in the labor force while increasing the burden on families' elderly care and the pressure on the supply of basic public services, said Ning Jizhe, head of the National Bureau of Statistics.

Chen Yuwen's phone kept ringing on Monday afternoon, as friends bombarded her with tons of messages about the third-child policy.

"People knew that I wanted to have a third child, so they all came to tell me the good news," said Chen, 36, a mother of two in Shanghai. Her elder son is eight years old and her younger son is almost four.

Chen used to be a project manager in a Fortune 500 company. After having her kids and putting time and passion into raising them, she started posting on the microblog Sina Weibo. She is now an influential figure on mother-child content with 2.4 million followers.

Chen currently writes maternal and child-related content on Weibo. She once wrote on Weibo why she wants another baby.

"Raising my second child gave me confidence," she said. "These two kids interact and bond with each other every day, which is just unique and precious."

Chen said that when she and her husband grow old, the children can take care of each other.

"The process of raising kids is not easy, but it is also a special, emotional and irreplaceable experience," she said.

An increasingly elderly population will increase the cost of labor and the pressure on the social safety net, therefore hurting the vitality of the economy and the momentum of economic growth, said the professor.

"The new policy meets the needs of building a birth-friendly society. It will help make parents more willing and less concerned about having more children, and enable them to raise children well," he added.

Monday's meeting also acknowledged the progress of major birth policies adopted by the Party's central authorities since the 18th CPC National Congress in 2012.

The meeting demanded efforts to implement a third-child policy in accordance with the law and to advance birth policies' alignment with relevant economic and social policies.

Education and guidance should be provided to promote marriage and family values among marriage-age young people, the meeting determined.

China should also continue to implement its current reward and assistance system as well as preferential policies for families with one child and rural families with only two daughters who were born before the implementation of the two-child policy.