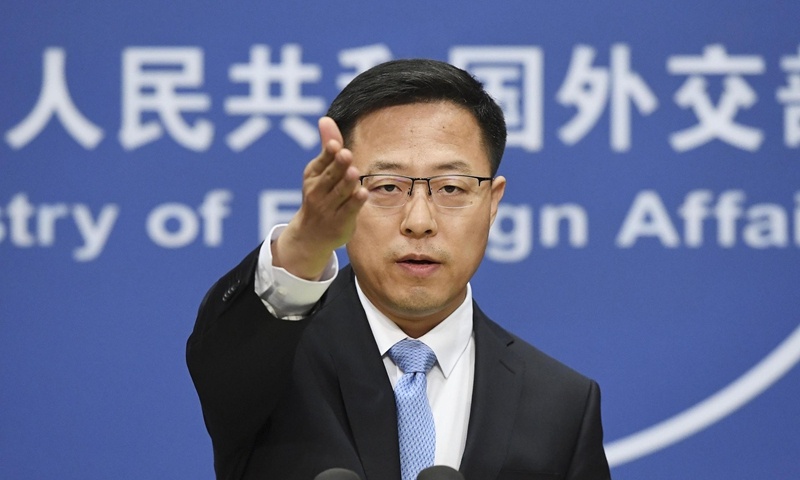 The Chinese foreign ministry warned the UK that China will consider not recognizing Hong Kong British national overseas (BNO) passports as valid travel documents, following the UK government's announcement on Thursday that it will start to process BNO applications for residents in the Hong Kong Special Administrative Region (HKSAR) from January 31, 2021.

China has repeatedly made clear its position on BNO passports, but the UK has gone its own way, "hyping up" the issue and interfering in China's internal affairs, said Chinese FM spokesman Zhao Lijian, warning the UK that its moves will eventually backfire.

With the UK breaking its commitments, China will consider not recognizing BNO passports as valid travel documents, and reserves the right to take further measures, said Zhao during a press briefing on Friday.

The spokesperson of the Commissioner's Office of the Chinese Foreign Ministry in the HKSAR said they strongly disapprove and firmly oppose the British government's breach of its commitment by willfully pushing ahead a new BNO policy in addition to groundless accusations by its Consul-General to Hong Kong against the SAR's national security law, urging the UK side to immediately correct its mistakes, end its hypocrisy and stop its political maneuvers.

The spokesperson of the Commissioner's Office said that the UK declared in the memorandum exchanged with China before Hong Kong's return that it will not confer the right of abode in the United Kingdom for Chinese nationals in Hong Kong holding BNO passports. By offering BNO holders a pathway to the right of abode and citizenship, the UK has grossly interfered with China's internal affairs as a whole, violating international law and basic norms.

The spokesperson emphasized that Hong Kong is a part of China, and therefore its affairs are China's internal affairs. Any attempts by the UK to meddle in Hong Kong affairs by manipulating the BNO issue are doomed to failure, they added.