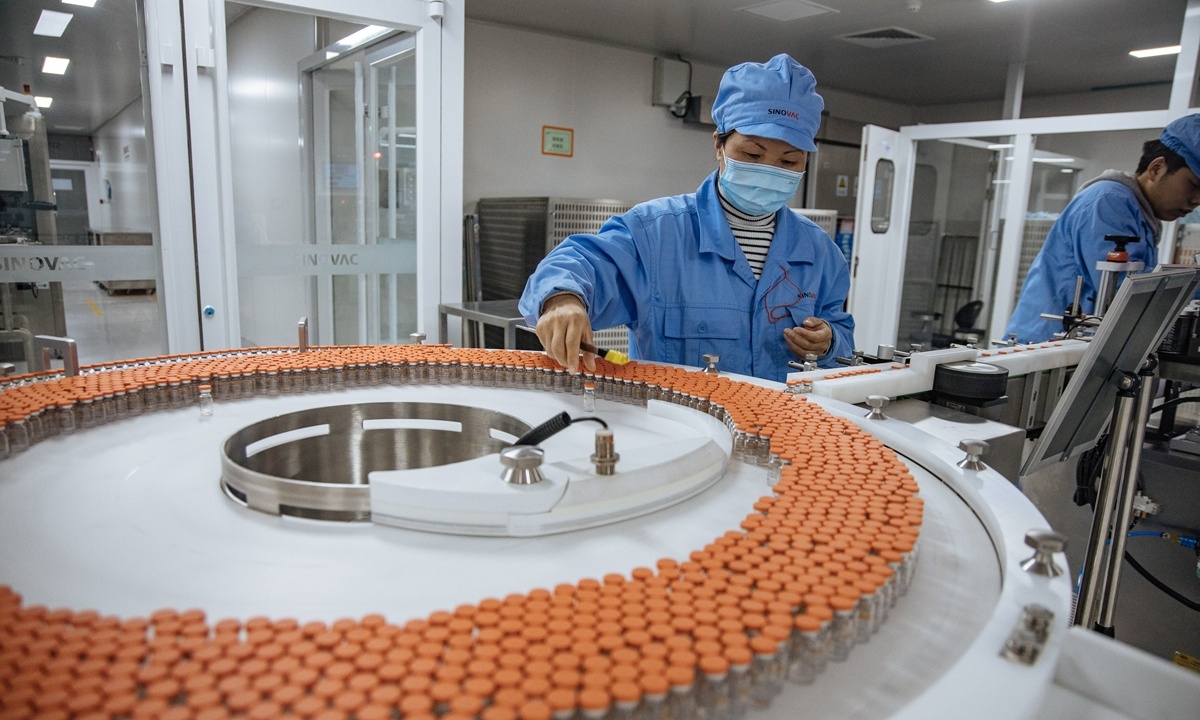 Based on current vaccine production capacity, China is capable of vaccinating 70 to 80 percent of its population, or 900 million to 1 billion people, between the end of 2021 and mid-2022 to reach herd immunity amid the global epidemic, director Gao Fu was cited as saying in Chinese media reports on Saturday.

Some observers warned, however, there remain challenges to reach this target due to slow inoculation in some areas and the shortage of vaccine supplies.

Gao, the director of the Chinese Center for Disease Control and Prevention, said the target can be achieved even sooner if the COVID-19 vaccine manufacturers continue to expand production and supply.

Amid the epidemic across the globe, China should take the lead to realize herd immunity, especially in the vaccination of high-risk groups, Gao noted.

The Global Times learned from another Chinese vaccine producer Sinovac Biotech previously that the company’s yearly production capacity would be expanded to two billion doses by June.

Experts have warned about some challenges to reach the target, including slow vaccine inoculation, the shortage of vaccine supplies considering both domestic and international demand and the lack of inoculation facilities and staff.

The target is difficult to reach unless mandatory requirements are issued to ask all people to get vaccinated or they face obstacles in daily life and work, such not being allowed to enter restaurants, some observers warned.

Some others said expanded production lines over the next few months and possible vaccine imports may help fill the supply gap. They also called for more investment and resource allocation, especially in some areas where the vaccination campaign started late, as well as enhanced public willingness to get vaccinated for public safety and social responsibility.