CHINA China to work with EU to safeguard multilateralism

China to work with EU to safeguard multilateralism 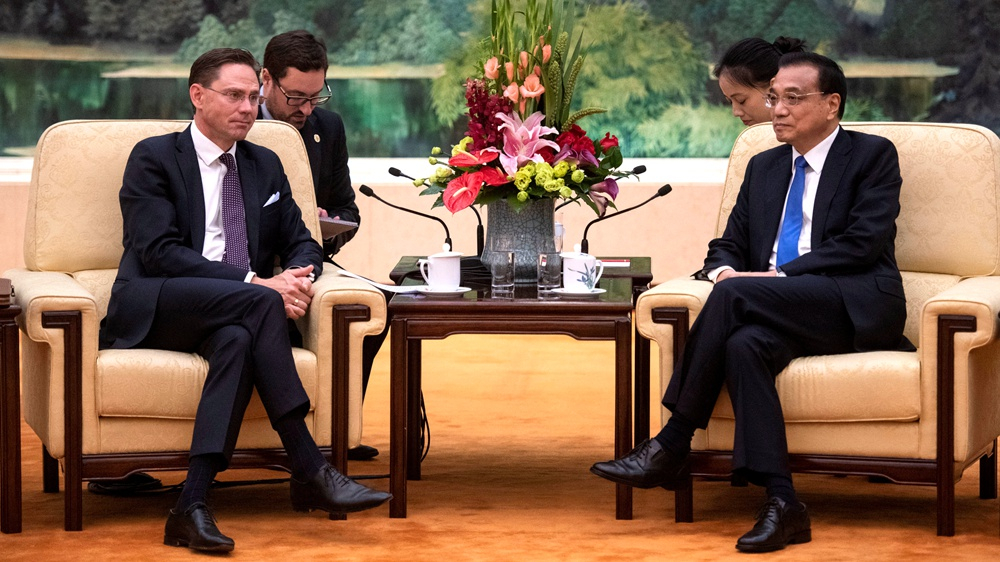 Against the backdrop of rising uncertainties in the world, China is willing to work with the European Union to safeguard multilateralism and promote free trade so as to make more contributions to economic globalization and global economic recovery, Chinese Premier Li Keqiang said on Monday.

Li made the remarks during his meeting with European Commission Vice President Jyrki Katainen in Beijing, noting that both China and the EU are major economies in the world, and both are each other's biggest import source and major export market.

This year marks the 15th anniversary of the establishment of the comprehensive strategic partnership between China and the EU, Li said. Beijing hopes the upcoming China-EU Leaders' Meeting next month will be fruitful, he added.

Katainen is in Beijing to attend the 7th China-EU High-level Economic and Trade Dialogue, which was co-chaired by Chinese Vice Premier Liu He and Katainen.