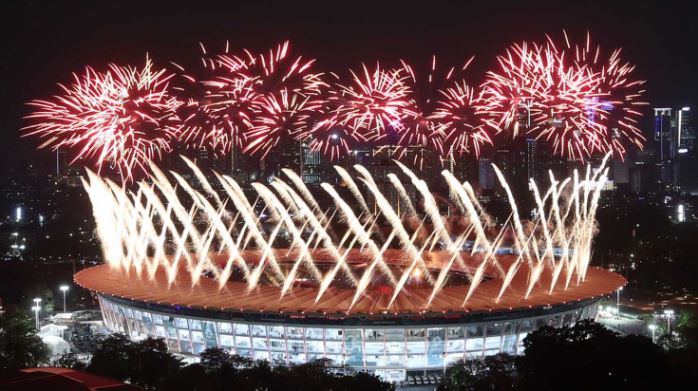 The special envoy of Chinese President Xi Jinping and Vice Premier Sun Chunlan met with President of the Olympic Council of Asia (OCA) Sheikh Ahmad al-Fahad al-Sabah on Saturday and said China is willing to work with OCA to promote the unity and development of the Asian Games.

Sun appreciated OCA's contribution to the development of sports in China. She said the country attaches great importance to the work of the OCA and takes an active part in the Asian Games.

China dispatched a team of more than 1,300 representatives to the 2018 Asian Games in Indonesia. The 845 athletes will participate in 38 major events and 376 small events.

President Xi has stressed the importance of sports and public health, and believes building China into a sports power is an integral part of realizing the Chinese dream of rejuvenating the nation, Sun said.

Hangzhou, the capital city of east China's Zhejiang Province, will host the 19th Asian Games in 2022. Sun said the Chinese government will fully support the city's preparation work, and vows that the tournament will be held in a "green, intelligent, economical and civilized" manner.

Al-Sabah welcomed Sun's attendance at the opening ceremony of the 18th Asian Games in Jakarta and expressed gratitude to the support of President Xi and the Chinese government. He said the whole world will focus on China in 2022 for the Beijing Winter Olympics and the OCA will spare no efforts to help China host the Hangzhou Asian Games and the Beijing Winter Olympics.