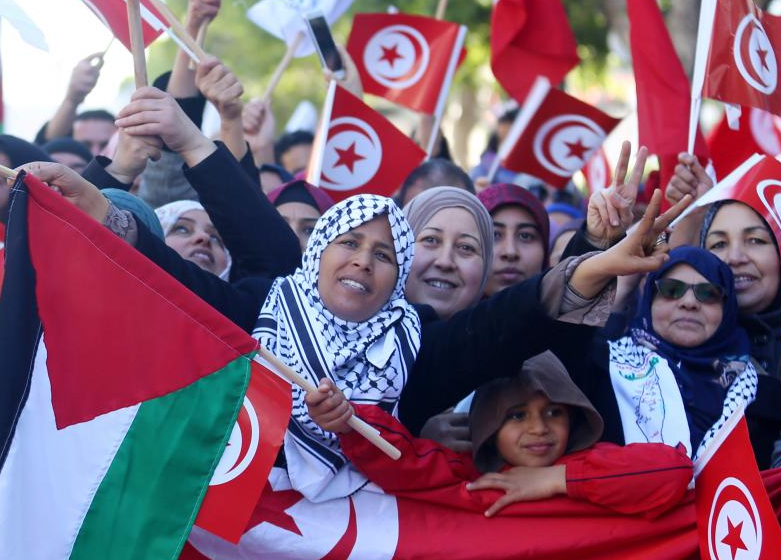 The deals were signed in Tunis by Tunisian Minister of Foreign Affairs Khemais Jhinaoui and Qian Keming, visiting Chinese vice minister of commerce.

Under the deals, the two countries will launch a program dubbed "Diplomatic Academy of Training and Studies," and China will invest a total of 32 million US dollars in Tunisia's economic and technical development.

The diplomatic academy will provide training for Tunisia's officials in foreign languages, international studies, and international trade and laws.

The two sides held productive discussions on multiple topics, with an aim to put both countries on the track of building a more sustainable, solid and intensive partnership, said Sabri Bach Tobji, Tunisian secretary of state for foreign affairs.

"We recognize that China is trying to help, promote and develop Tunisia. China is one of our major economic partners, especially as we are receiving more and more Chinese tourists now, with around 20,000 a year," said Tobji.

For his part, Qian expressed his desire to lift the relations between Tunisia and China onto a higher level, through expanding the bilateral cooperation in the future.

"Despite the distance between our two countries, Tunisia and China have long been able to build their relations based on mutual respect and mutual trust on the political front, and pragmatic cooperation in all fields," he said.

Progress has been made in the development of the bilateral ties in recent years, said Qian, referring to the 50-percent annual growth in Tunisia's exports to China in the first 11 months of 2017, as well as an increase of 150 percent in the number of Chinese visitors to Tunisia in 2017.

Qian noted that the volume of trade between Tunisia and China rose to 1.4 billion dollars from January to November last year.

"If we maintain this speed, our cooperation will certainly reach a higher level in areas such as trade, tourism, investment and development," Qian said.