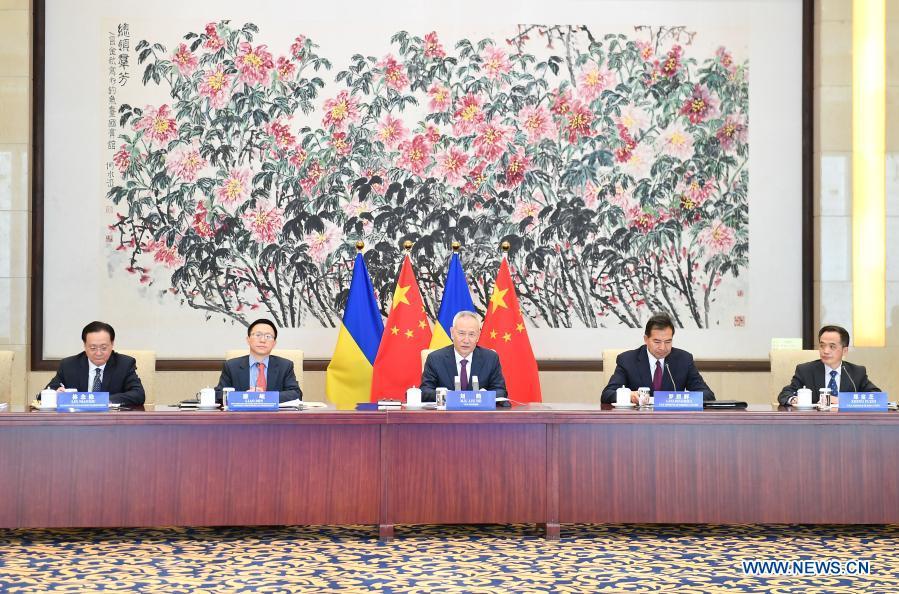 BEIJING, Dec. 23 (Xinhua) -- China and Ukraine agreed on Wednesday to work together to combat the COVID-19 pandemic, comprehensively deepen cooperation on the Belt and Road Initiative, and leverage their respective strengths for mutual development.

The two countries reached the agreement during the fourth meeting of the China-Ukraine Inter-government Cooperation Committee, co-chaired via video link by Chinese Vice Premier Liu He and Ukrainian Deputy Prime Minister Olga Stefanishina.

During the meeting, the two sides reached a series of consensuses on economy and trade, agriculture, space, science and technology, education, culture, and health.

Promoting the sound and stable bilateral relations serves the fundamental interests of the two countries and peoples, said Liu, also a member of the Political Bureau of the Communist Party of China Central Committee. He hoped that the two sides would implement the consensuses, improve practical cooperation, and create more benefits for the two peoples.

Stefanishina said Ukraine is willing to work with China to overcome the adverse impact of the pandemic to expand mutually beneficial cooperation in all areas and promote the sustainable bilateral relations.

After the meeting, the two sides witnessed the signing of multiple cooperation documents.