OSLO, Sept. 10 (Xinhua) -- China is an "undisputed leader" in the world's energy transition as the country is transforming its energy mix to sustain rapid economic growth and protect local environments and the global climate, leading energy and shipping certification agency DNV GL said Monday in a report. 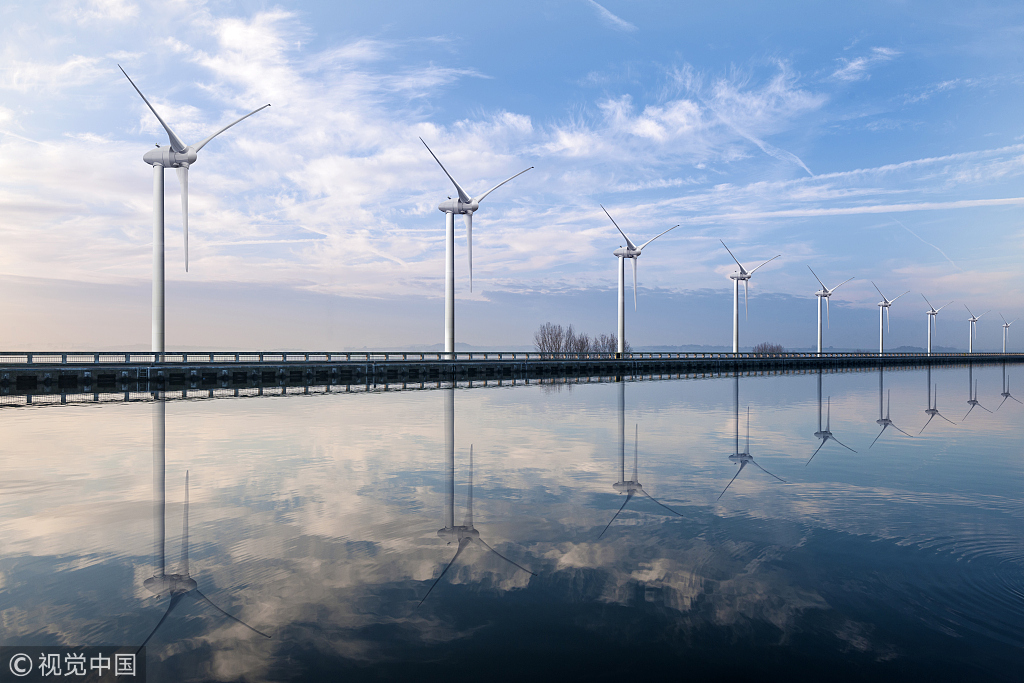 China's target is for renewables to account for 27 percent of power generation by 2020, while electricity is the focus of the energy transition, according to DNV GL's latest Energy Transition Outlook.

The Norway-based international certification agency predicted that Greater China's energy mix will change dramatically in the next two decades.

Currently, 82 percent of the region's energy demand is supplied by coal and oil while coal is by far the largest source, the report said.

From 2023, coal use will start to decline, first slowly and later more rapidly, and by 2050 it will supply only 11 percent of total energy, according to the report.

Oil use will continue to show solid growth and will peak in 2030 at a level 41 percent higher than today. Natural gas will grow its share in total energy use from 7 percent today to 19 percent in 2050.

China is leading the world's wind and solar photovoltaics (PV) growth, and the two sources combined will have 39 percent of the region's energy use in 2050, the DNV GL report said.

Greater China's electricity use in residential and commercial buildings, and later in transportation, increases rapidly, leading to electricity demand almost tripling by 2050, the report said.

Power production from onshore wind has been growing steadily since 2011 and will continue to do so: by 2050, it will be responsible for 26 percent of electricity production, with offshore wind contributing an additional 6 percent.

The biggest winner will be solar PV, which will surpass coal as the major power generator by 2034. By 2050, it will supply 52 percent of the region's power needs, with a total of 7 terawatt (TW) installed.

The report noted that the Greater China region is spearheading electrification of transport. It has a leading position in electric car manufacturing and is the world's largest market for electric light vehicles and buses.

Meanwhile, despite continued high emissions amid a collective global failure to reach the Paris Agreement goals, Greater China is on a track to decarbonize its economy faster than any other region over the coming decades, according to the report.