BEIJING, Feb. 21 (Xinhua) -- China's Ministry of Education (MOE) and UNESCO jointly issued the "Yuelu Proclamation," a document on protection and promotion of the world's linguistic diversity, at a release conference Thursday. 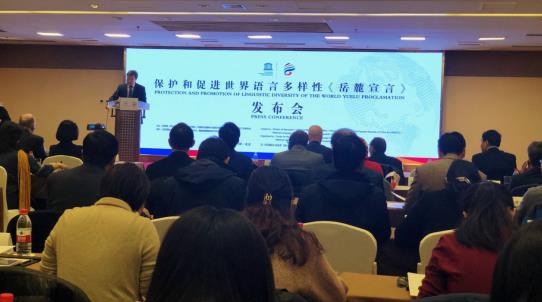 "It crystalizes the up-to-date thoughts on preserving language resources and serves as a guide for participating countries to work out their own action plans to protect linguistic diversity," said Tian Lixin, head of the department for language application and information management under the ministry.

"Culture exists through language. China has rich language resources, but some of them are in danger of dying out," said Liu Li, president of Beijing Language and Culture University. "The proclamation will be conducive to the protection of language and culture of various ethnic groups in China."