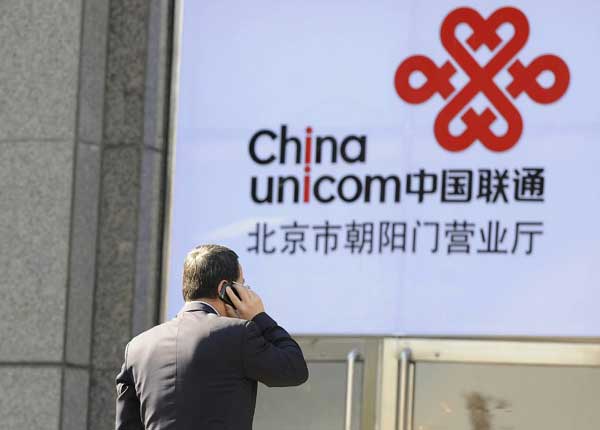 An office worker talks on a mobile phone in front of a China Unicom logo. (File photo: AFP)

According to a plan made public Friday, the reform aims to address acute problems regarding the lack of corporate coordination, product competitiveness, and integration of online and offline businesses.

The operator will establish a four-tier operation system under the coordination of a "whole market" scheme and better integrate its market resources.

It will also speed up the transformation of products, channels and innovation, and further clarify the management approaches and functions of the headquarters to boost organizational efficiency.

The new reform marked another big step toward empowering the telecom giant with innovation and internet-oriented operation models after a mixed-ownership revamp was launched in 2017 to introduce private investment.