China unlikely to face second onslaught of COVID-19, despite flare-ups and winter: epidemiologists 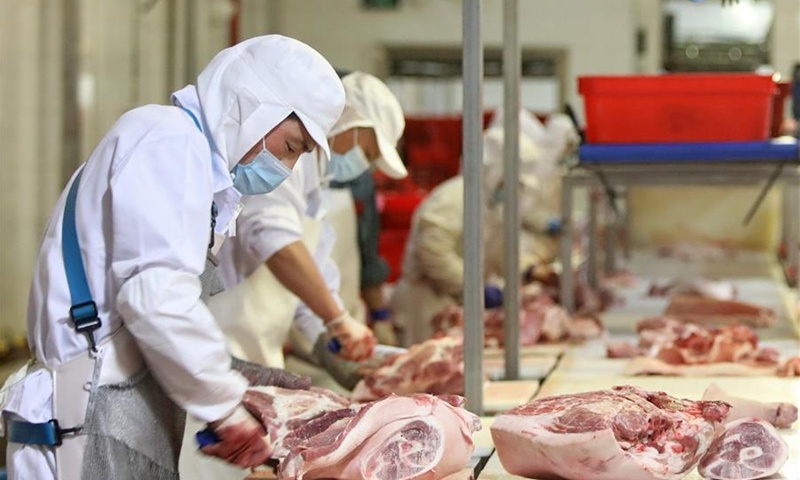 Sporadic COVID-19 flare-ups in Chinese cities will not lead to a higher possibility of larger-scale outbreaks as winter approaches, said Chinese epidemiologists, after confirmed cases emerged in two Chinese cities in succession. However, experts urged countries where coronavirus is rife to strengthen checks on their goods, as cold weather provides a more suitable living environment for the virus, and many Western countries are again facing an onslaught of COVID-19.

One day after a worker in a cold storage facility in Tianjin was infected by COVID-19 through cold-chain food imports, an employee at Shanghai's Pudong International Airport also tested positive for the virus. These cases put one area in Shanghai and two in Tianjin in the medium-risk classification. Tianjin also announced it had entered wartime mode, vowing to conduct city-wide screening of the cold-chain industry.

Yet Chinese epidemiologists brushed off the possibility that China is at risk of a large-scale attack of the coronavirus, even as the winter approaches. "Unlike Europe and the US, the majority of the flare-ups in China were caused by a single person with a clear source, and most of the cases were linked to imported cold-chain goods, which makes it easier to cut the contagion chain," Wang Guangfa, a respiratory expert at Peking University First Hospital, told the Global Times.

"Plugging loopholes and exercising precise prevention will be China's new normal until an effective vaccine comes along. After a year-long battle against the coronavirus, China has accumulated enough experience in fighting sporadic flare-ups," said Wang.

Yang Zhanqiu, deputy director of the pathogen biology department at Wuhan University, told the Global Times that the virus may survive for just few hours in the summer but can live for a few days in the winter. "This should alert all those who have frequent contact with imported goods," said Yang.

The case in Tianjin, as in many previous instances, works in a cold-chain factory, and the one in Shanghai is a worker at the Pudong International Airport, with the reason for the infection unknown. The possibility that the airport worker was infected by passenger items is very high, as scientists previously confirmed the virus can jump from items to human beings, said Wang.

The COVID-19 strain taken from samples of the confirmed case found in Tianjin shares a high similarity with the virus strain that was prevalent in North America from March to June, the Tianjin government said on Tuesday, after analyzing the gene sequence.

Both epidemiologists said that other countries, especially those where the virus is rife, should strengthen examination of their exported item before sending them to China.

China will take measures to realize full-chain, closed-loop, traceable management of imported cold-chain foods to minimize the risks of imported COVID-19, according to a plan released by the State Council joint prevention and control mechanism against COVID-19 on Monday.