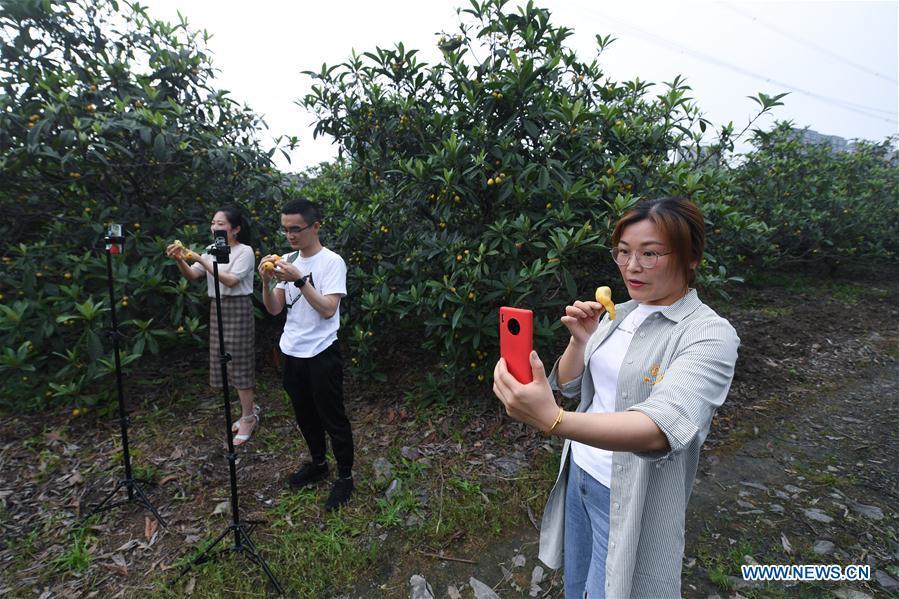 Trainees take part in a livestreaming class to promote loquats via e-commerce platform at a loquat garden in Xijiehe Village of Tangqi Town in Hangzhou, east China's Zhejiang Province, May 10, 2020. (Photo: Xinhua)

China's human resources authority has given official recognition of nine new professions to keep pace with economic and social development, according to a statement on its website.

The new professions, mostly in the public health sector and emerging industries, include blockchain technicians, online marketers, information security testers, online learning consultants and community health assistants, among others, according to a statement jointly issued by the Ministry of Human Resources and Social Security and other departments.

Five new types of work, such as livestreaming salesperson, have also been released, while three types of work related to public health services have been upgraded into professions.

The new jobs have been released to meet the demand in the sectors of public health and online business and services, and facilitate employment of college graduates, poor laborers and rural migrant workers.

Experts carefully and strictly chose all of the nine new professions based on relevant standards and procedures, and extensive social opinions have been considered, according to the statement.

This is the third time that China has added new professions to its occupation list since 2015 when the country unveiled its latest edition of occupational classifications.

In 1999, China published its first reference book on occupational classifications, which included 1,838 jobs.