BEIJING, April 3 (Xinhua) -- An international documentary consortium focusing on the Belt and Road Initiative (BRI) was launched at a documentary forum in Beijing Wednesday.

The new consortium, BriDoc, is an international cooperation mechanism on documentaries among countries participating in the initiative. 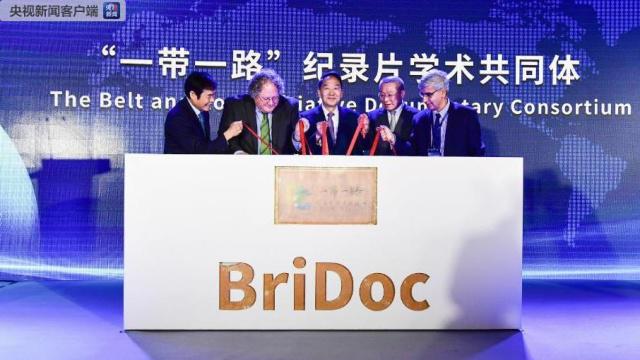 Cooperation will focus on the integrated sharing of documentaries from those countries and the research of policies, standards, investment, personnel training and project evaluation.

The first 59 members of the consortium include think tanks, production and broadcasting organizations and documentary exhibition platforms from home and abroad.

Addressing the opening of the forum, Jiang Jianguo, deputy head of the Publicity Department of the Communist Party of China Central Committee, called on the industry to record China's development and its relation with the world from different perspectives.

This year marks the 70th anniversary of the founding of the People's Republic of China, and a global documentary partnership of the anniversary was also launched at the forum, which has attracted more than 120 scholars, documentary directors and media representatives from 15 countries. Enditem