Five Chinese frontier officers and soldiers stationed in the Karakoram Mountains have been recognized by the Central Military Commission of China for defending national sovereignty and territorial integrity in the border confrontation with India, which occurred in the Galwan Valley in June 2020, the PLA Daily reported on Friday.

This is the first time China has unveiled casualties and details of these officers and soldiers, four of whom died when dealing with the Indian military's illegal trespassing of the Galwan Valley Line of Actual Control (LAC).

The report also revisited the whole incident - how the Indian military deployed a large number of soldiers who premeditatedly hid, trying to force the Chinese military to concede. How the Chinese soldiers defended the sovereignty of the country amid attacks of steel tubes, cudgels and stones was also highlighted.

A total of 20 Indian soldiers died in the skirmish. This is the worst border conflict between the two countries in nearly 45 years. Indian media had previously boasted that the Chinese military suffered more deaths in the region.

It is noticeable that the PLA Daily report used "foreign military" to refer to the Indian military, a move that showed China's restraint of not inciting sentiments of the public against the background of the current disengagement of troops of China and India along the border areas.

"Since April 2020, relevant foreign military violated the previous agreement… they trespassed the border line to build roads and bridges and intentionally incited troubles, changing the status quo along the border… they even violently attacked Chinese soldiers that were sent for communication," read the PLA Daily report.

When facing the Indian military's trespassing and provocations in May 2020, Chen Xiangrong and other Chinese soldiers fought back and forced them to return. "When facing enemies that outnumbered us, none of us flinched. Amid their stone attacks, we drove them away," Chen wrote in his diary. 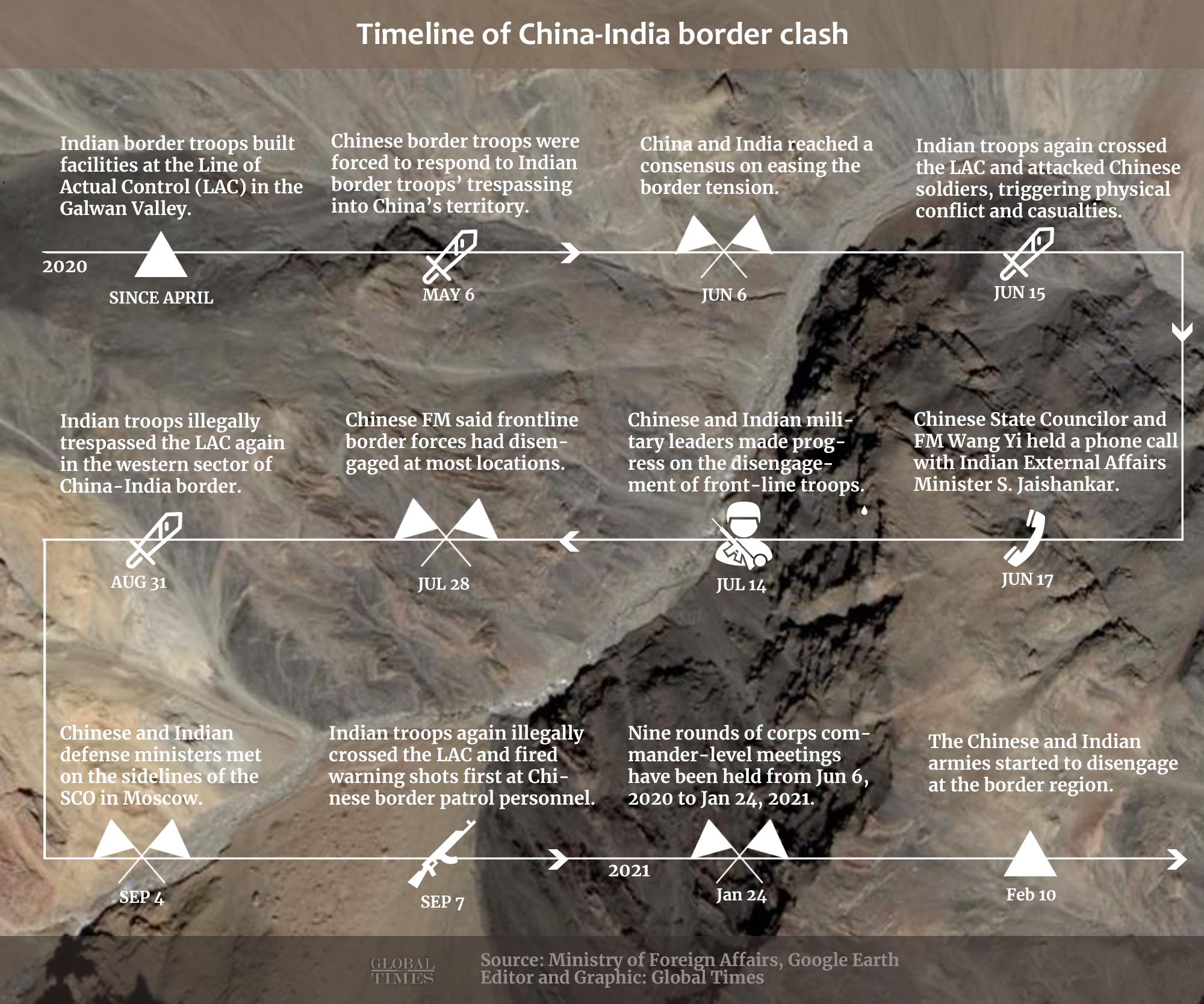 In June 2020, the Indian military violated the previous consensus and trespassed the LAC and built tents. Out of respect to previous agreements and rituals, Qi Fabao, regimental commander of the Chinese military, went to negotiate with a few soldiers. However, the Indian military showed no sincerity and had already deployed more soldiers in an attempt to force the Chinese soldiers to concede.

When facing more Indian soldiers appearing from nearby mountains, while reproaching the Indian military for destroying the agreement, Qi organized Chinese soldiers to move into combat formations and engage in any confrontation.

The Indian military then started to attack the Chinese soldiers by using steel tubes and cudgels and throwing stones. Qi was under heavy attack and sustained a serious head injury. 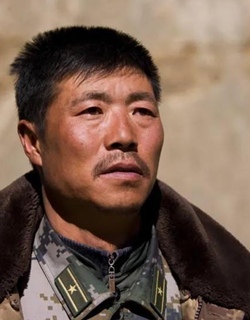 Chen Hongjun went to rescue Qi. Chen Xiangrong fought on the front lines and Xiao Siyuan, who was taking videos as evidence, also went to fight.

With many Chinese soldiers coming to support and fight bravely, the Indian military had been utterly defeated - many running away, leaving numerous injured and dead, according to the report.

Chen Hongjun, Chen Xiangrong and Xiao Siyuan fought to the last minute and sacrificed their lives. Wang Zhuoran, a fellow soldier, also gave his life to rescue his comrades when crossing the river to support the others.

Qian Feng, director of the research department at the National Strategy Institute at Tsinghua University, told the Global Times that China unveiled the details of the incident to refute previous disinformation that stated China suffered greater casualties than India or China incited the incident.

The facts show to the international community that the responsibility of the deadly skirmish in the Galwan Valley falls on the Indian military, and the Chinese military had to fight back when facing challenges.

China also wants to show that it cherishes peace but when it comes to core interests of sovereignty and territory, China will not be afraid and the Chinese military has the confidence and capability to beat back all violators, Qian said.

Currently, China and India have started the disengagement of troops from the southern and northern banks of the Pangong Tso (Lake) and relevant work has been ongoing. The China-India border areas are expected to return to previous peace and stability.

Qian said that China decided to release the details at this moment to commemorate the martyrs instead of releasing the details immediately after the incident in June 2020, as it is demonstrating the resolution to safeguard the stability of bilateral ties and will not hype hatred or incite nationalism like Indian politicians and media.

After the PLA Daily revealed the stories of the frontier officers and soldiers, many Chinese people commemorated the heroes and paid their respects online. Many netizens commented on Sina Weibo, "Salute to our heroes who defend the sovereignty and territory of the motherland. The country and the people will never forget you. The picturesque land of China will not be stolen by anyone."

Qian said that China respects martyrs and cherishes their lives. China does not want to see officers and soldiers' bloodshed and sacrifice in peaceful times. The Galwan Valley conflict was not provoked by China, nor is it what the Chinese military expected to see.

"Although we are in an era of peace, the world is not peaceful and international military struggles have not ceased, which reminds us that we have to continue to follow our own path and further develop national defense capabilities to deter all the dangerous actions of the invading enemy and prevent the occurrence of conflicts like the Galway Valley," Qian said.

For the martyrs who sacrificed their lives in the Galwan Valley, the country and society will reward their families in honor, material and spirit, extol the precious spiritual wealth they left behind, and show the world that China is a country that respects martyrs and dares to express true emotions. A heroic country will never forget its heroes. A nation that worships heroes is a nation that stands upright, according to Qian.

The stern situation in the border areas also taught soldiers the responsibilities they have shouldered. Touched by the heroes, soldiers in Qi's regiment applied to stay on the frontline.

New equipment has also been deployed to the regiment since January, including light tanks, and logistic supplies have also been updated to offer firm support to soldiers stationed along the border areas.

The Galwan Valley, which witnessed the courage and loyalty of Chinese soldiers, has restored peace. A precipice in the valley is carved with eight Chinese characters, standing out with the meaning "Give up no inch of the picturesque landscape in China."

This is the oath that Qi had led frontier soldiers in taking when he first became the regimental commander. It has become the stern oath that all heroic frontier officers and soldiers take to defend the country.