China on Saturday unveiled a new negative list for foreign investment in the country's pilot free trade zones (FTZs), with the number of items down to 45 from 95 in the previous version. 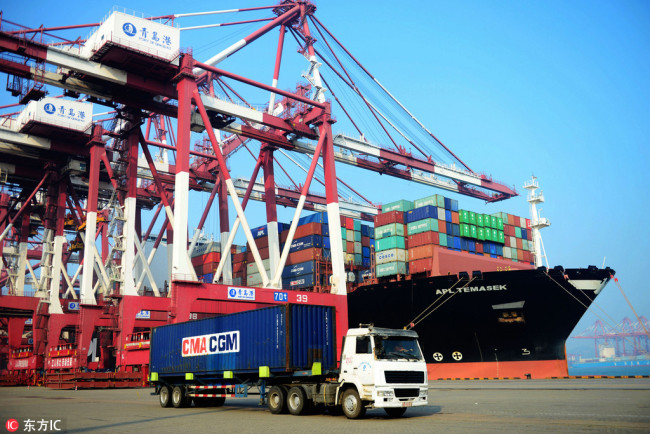 A truck transports a container to be shipped abroad at the Port of Qingdao, east China´s Shandong province, on July 13, 2017. (File photo: IC)

The new list, jointly released by the National Development and Reform Commission (NDRC) and the Ministry of Commerce, will be effective starting July 30 this year.

Compared with opening-up measures detailed in a nationwide list that was made public Thursday, the list that applies to FTZs further removes or loosens foreign access restrictions in fields including agriculture and mining, according to an NDRC statement.