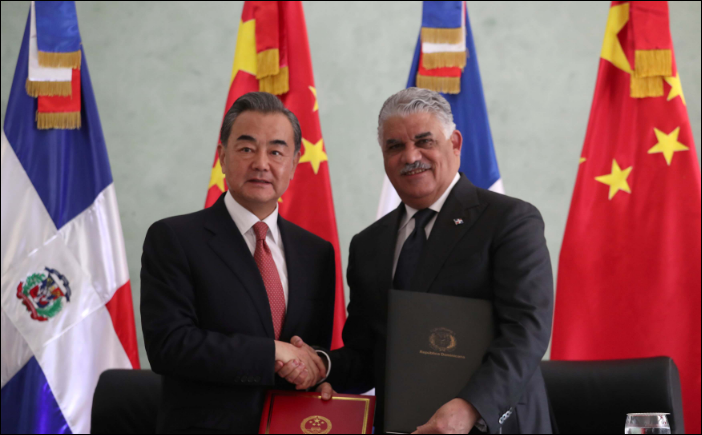 Chinese State Councilor and Foreign Minister Wang Yi, along with Dominican Republic's Chancellor Miguel Vargas, unveiled a plaque during the opening of a new Chinese Embassy in the capital Santo Domingo on Friday.

It marks a new chapter of the bilateral ties while ushering in a bright future, Wang said at the opening ceremony.

The People's Republic of China and the Dominican Republic officially established diplomatic ties on May 1, after the Caribbean country severed "diplomatic relations" with Taiwan.

It became the 176th country to build diplomatic ties with China.

Medina said building diplomatic ties with China is a historic decision made by the Dominican Republic, and it should not be subject to external interference and influence.

The Dominican Republic respects and adheres to the one-China principle, Medina added.

Wang applauded Medina's statements, saying the establishment of the bilateral relationship is "completely correct" and in line with the principles set by the international community and the UN resolutions.

The Dominican Republic is the largest economy and top tourist destination in the Caribbean region. It is also China's second largest trading partner in the region, with the annual bilateral trade of two billion US dollars.