The images were unveiled at a ceremony in Beijing, signifying the complete success of China's first Mars exploration mission.

The images include the landing site panorama, Martian landscape and a selfie of the rover with the landing platform.

The 360-degree panorama of the landing area was photographed when the rover had not yet left the landing platform. It was stitched together from a number of images that the rover's navigation camera captured, showing the flat surrounding area of the landing site and the Mars horizon in the distance.

The density and size of rocks were within expectation, indicating the probe's autonomous landing, hovering and obstacle avoidance went well, said the CNSA.

The rover captured the Martian landscape after it touched down the surface. The image shows the nearby area is relatively flat and scattered with light-colored, partially-buried rocks of various sizes and with smooth surface edges. On the far side is a circular crater with dark-colored, sharp rocks spreading around the rim. Several dunes are lying even farther.

Another image shows China's national flag unfurled from the glistening landing platform on the red planet, which was taken by the rover as it moved to about six meters in the direction of 60 degrees east by south to the landing platform.

Zhurong also used a separable camera to take a selfie with the landing platform. The camera, originally fitted to the rover bottom, was released by the rover at 10 meters south of the platform and captured the video footage of the rover returning to the platform and took the selfie. The camera then used a wireless signal to transmit the pictures and videos to the rover, which beamed them back to Earth via the orbiter.

"China will publish the related scientific data in a timely manner to let humankind share in the fruits of the country's space exploration development," said Zhang Kejian, head of the CNSA. 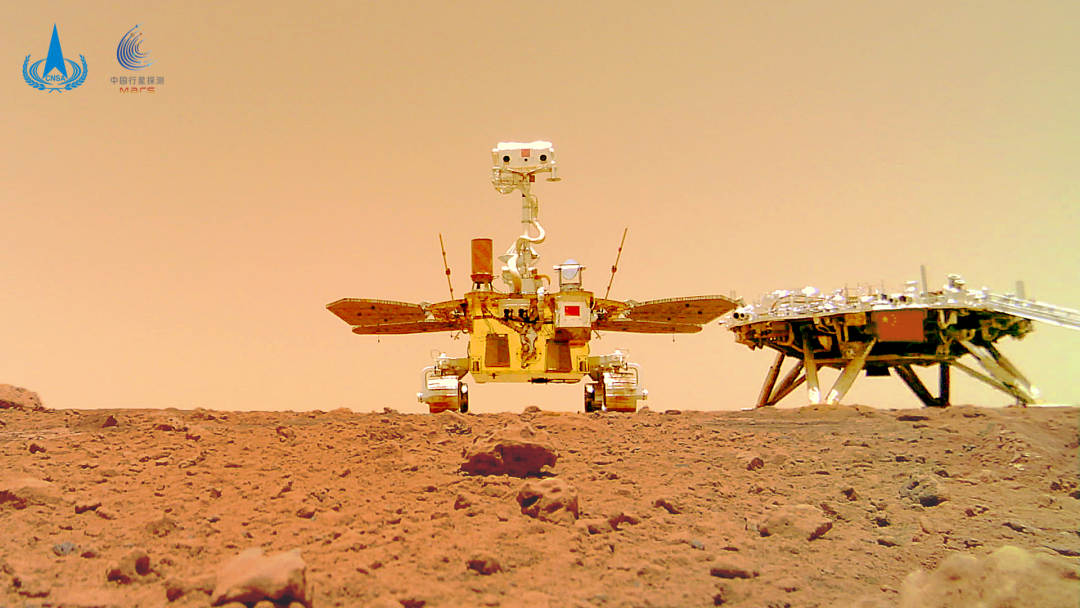 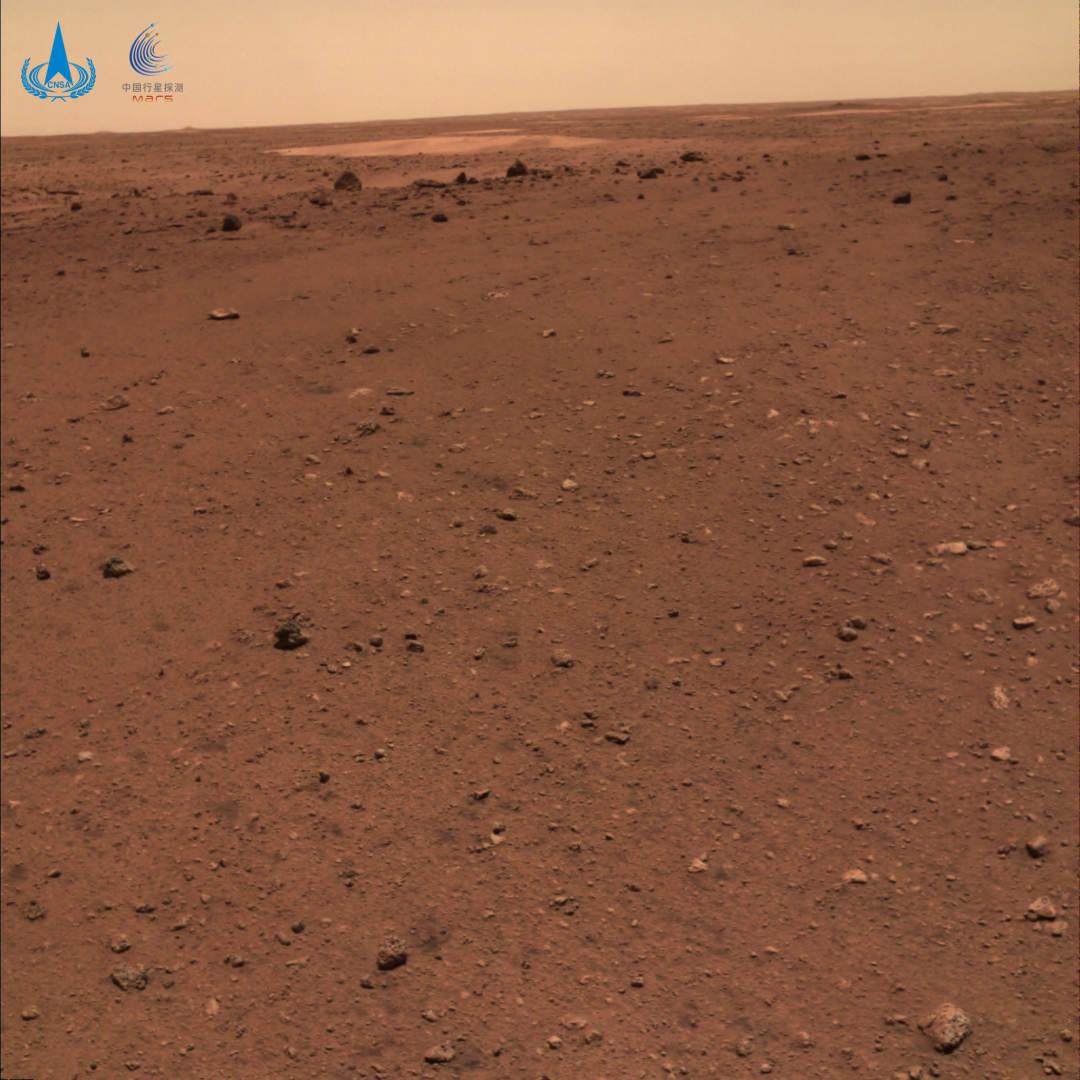 China's Tianwen-1 mission, consisting of an orbiter, a lander and a rover, was launched on July 23, 2020. The lander carrying the rover touched down in the southern part of Utopia Planitia, a vast plain in the northern hemisphere of Mars, on May 15.

The rover Zhurong drove down from its landing platform to the Martian surface on May 22, starting its exploration of the red planet, and making China the second country after the United States to land and operate a rover on Mars.

As of June 11, the Mars rover has been working on Mars for 28 Martian days. A Martian day is approximately 40 minutes longer than a day on Earth. The orbiter has been relaying communications for the rover while conducting its own scientific detection operations.