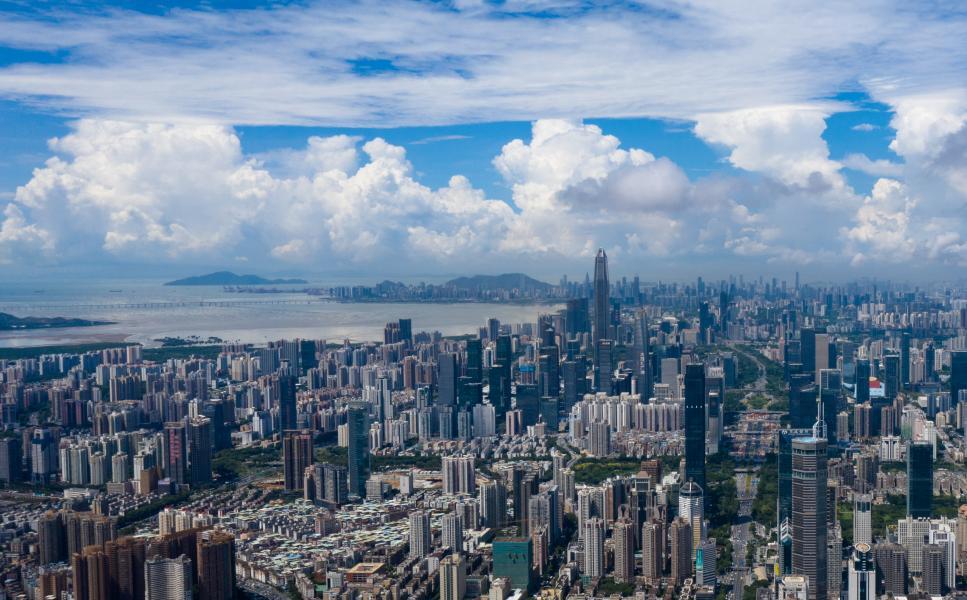 China has issued a plan on implementing pilot reforms in Shenzhen to build the city into a demonstration area of socialism with Chinese characteristics in the next five years.

Supporting Shenzhen to pilot the comprehensive authorized reform measures is another significant step to advance the city's opening-up in the new era and a key move in building a pilot demonstration area of socialism with Chinese characteristics, said the document jointly issued by the general offices of the Communist Party of China Central Committee and the State Council.

The city, granted with greater autonomy in the reform of important areas and key links, will advance higher-level reform and opening-up towards higher goals, according to the plan set for the 2020-2025 period.

Under three-step objectives, in 2020, major reform measures are expected to be taken in the spheres of market-based allocation of production factors, business environment optimization, and the utilization of urban space, while a list specifying the first batch of authorized matters shall be formulated and implemented.

In 2022, significant institutional achievements that can be replicated and promoted shall be made in all relevant aspects. In 2025, landmark achievements shall be scored, with the pilot reform tasks basically completed and providing an essential paradigm for institutional building throughout the country.

To further optimize business environment, the plan said that the special economic zone will draw up a list of special measures to relax restrictions on sectors including energy, telecommunication, public service, transport and education based on the nationwide negative list.

Greater efforts will be made to further loosen limits on foreign investment in cutting-edge technologies, and improve the system of fair competition, the document said.

The city will pilot the legal protection of new intellectual property rights (IPR), establish a compensation system for IPR infringements, and explore legislation in emerging areas.

Opening-up in the finance and shipping industries will be strengthened, with more efforts to advance the renminbi internationalization and improve the foreign exchange management system.

Foreign institutions will be encouraged to set up securities and fund management companies in the city, the document said.

According to a longer-term plan released last year, Shenzhen will strive to become a national model of high-quality development, as well as a hub of innovation, entrepreneurship and creativity with international influence by 2035.

By mid-21st century, the city will become one of the top cosmopolis in the world and a global pacesetter with outstanding competitiveness, innovative capacity and influence.

Shenzhen, a modern metropolis with a permanent population of over 13 million in south China's Guangdong Province, used to be a small fishing village.

Tremendous changes have taken place since it became the country's first special economic zone 40 years ago. From 1979 to 2019, Shenzhen's gross domestic output (GDP) rose at an annual growth rate of 21.6 percent to 2.69 trillion yuan (about 396.78 billion U.S. dollars), and its per capita GDP also skyrocketed from 606 yuan to 203,489 yuan.