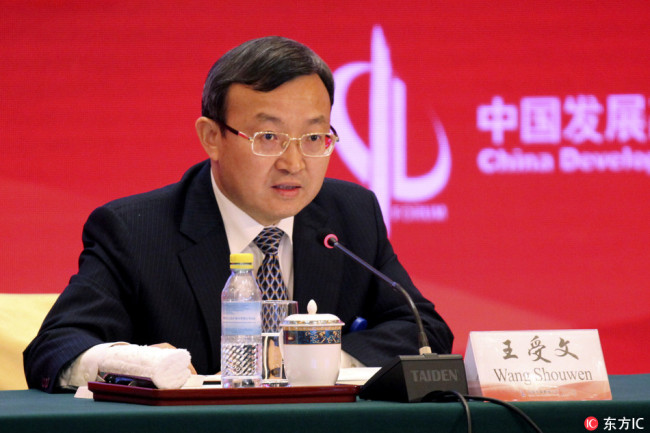 China will remain unwavering in opening up its service sector with more measures in the pipeline despite continued trade deficits, an official said Sunday.

Vice Minister of Commerce Wang Shouwen said the country will widen market access in finance, telecom, heath care, education and old-age care for foreign investors, and will ease restrictions on foreign holdings in financial businesses including banks, brokerages and funds.

"We will unveil timetables and roadmaps to open up sectors including finance, new energy vehicles and gas stations," Wang said while addressing the China Development Forum in Beijing.

The commitment to opening-up was in contrast with the country's deficit of 255.4 billion U.S. dollars in service trade last year.

"We have as always supported free, fair trade," Wang said.

China has also cut red tape in foreign investment with many approval procedures simplified or scrapped, and more favorable policies could be expected, according to the vice minister.