CHINA China urges Australia, US to cease all meddling in Hong Kong affairs

China urges Australia, US to cease all meddling in Hong Kong affairs

BEIJING, March 1 (Xinhua) -- China on Monday urged the United States and Australia to cease interfering in Hong Kong affairs and China's internal affairs in any form. 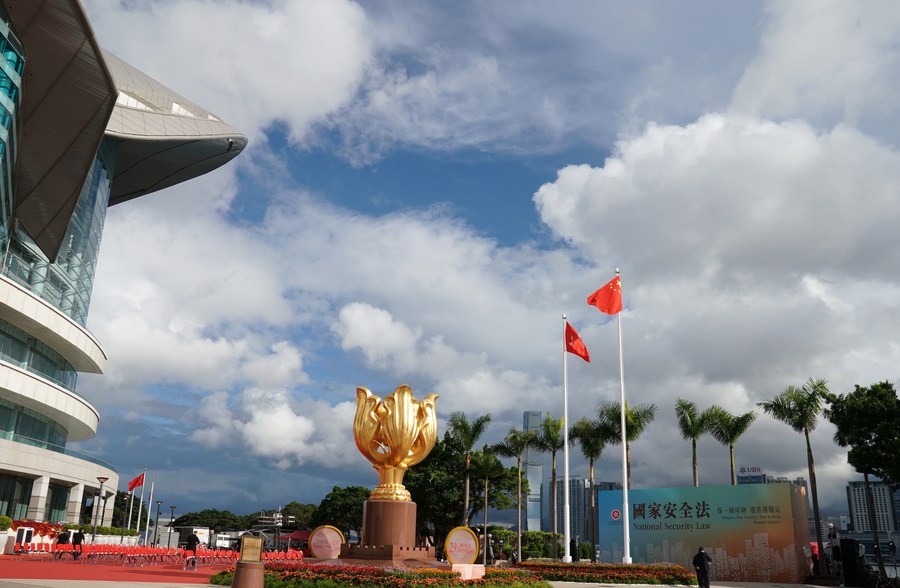 Photo taken on July 1, 2020 shows the Golden Bauhinia Square after a flag-raising ceremony held by the government of the Hong Kong Special Administrative Region to celebrate the 23rd anniversary of Hong Kong's return to the motherland in Hong Kong, South China. (Photo: Xinhua)

Foreign Ministry spokesperson Wang Wenbin made the remarks at a daily press briefing after US Secretary of State Antony Blinken recently called for the immediate release of the pan-democratic candidates in Hong Kong.

"It is a justifiable law-enforcement action of the Hong Kong police to arrest and prosecute in accordance with the law criminal suspects allegedly involved in crimes of subverting state power in violation of the legislation on safeguarding national security in Hong Kong," Wang said in response.

"Would the United States allow other countries to make irresponsible remarks over normal law enforcement activities in its own country?" he asked.

China is a country with the rule of law and Hong Kong is a place of law and order where nobody is above the law, said Wang.

"We firmly support the Hong Kong police in performing their duties according to the law and safeguarding national security as well as security and stability in Hong Kong," the spokesperson added.

He urged the US side to respect facts and the rule of law, and stop meddling in China's internal affairs and Hong Kong affairs in any form.

"We urge Australia to stop interfering in Hong Kong affairs and China's internal affairs in any form, to avoid further damage to China-Australia ties," he added.