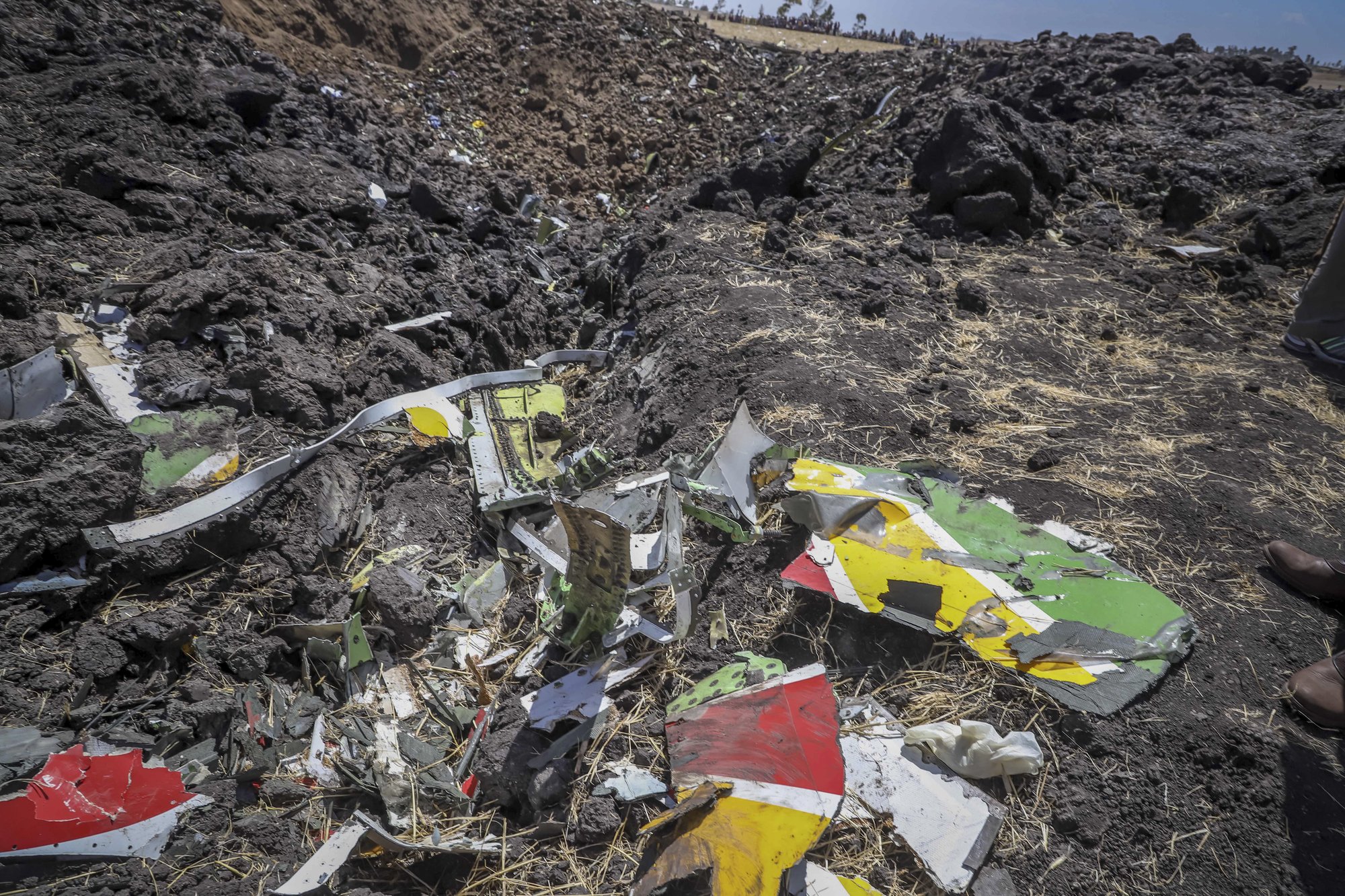 Wreckage lies at the scene of an Ethiopian Airlines flight that crashed shortly after takeoff at Hejere near Bishoftu, or Debre Zeit, some 50 kilometers (31 miles) south of Addis Ababa, in Ethiopia Sunday, March 10, 2019. (Photo: AP)

China has called on Ethiopia to conduct a thorough investigation into the Ethiopian Airlines (ET) crash in a timely manner and inform the Chinese side as soon as possible, Foreign Ministry spokesperson Lu Kang said Sunday.

The Chinese Foreign Ministry and the Chinese Embassy in Ethiopia will continue to follow the incident and provide assistance to the families of the Chinese citizens who perished in the accident, Lu said.

The Ethiopian Airlines Boeing 737-800 MAX crashed near Bishoftu on Sunday, killing all 149 passengers and eight crewmembers.

Eight Chinese nationals including one Hong Kong resident were on board.

According to the South China Morning Post, the Chinese plane crash victims include five men and three women from Shaanxi, Zhejiang, Shandong, and Hubei Provinces and also Tianjin.  Among the victims were, Tsang Ching-ngai and Zhou Yuan, who worked for the United Nations Environment Programme (UNEP) and The China Electronics Technology Group Corporation (CETC) respectively.

The Chinese Foreign Ministry has ordered the Chinese Embassy in Ethiopia to to launch an emergency mechanism and contact the Ethiopian government and Ethiopian Airlines for further details related to the crash, the spokesman said.