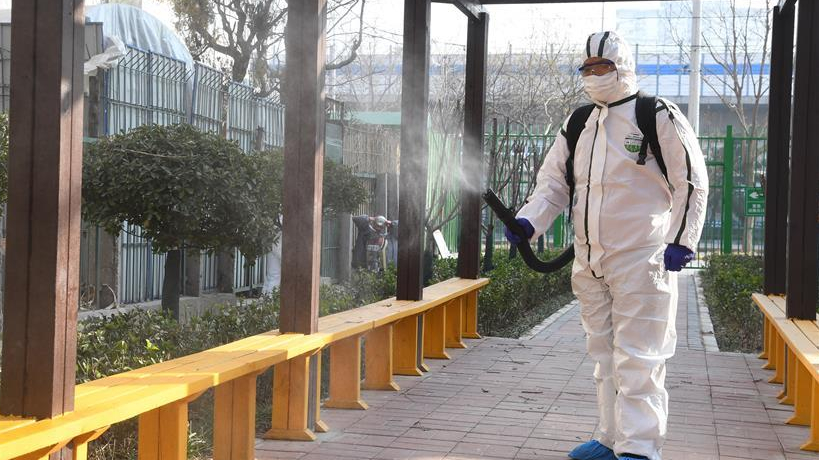 Chinese State Councilor and Foreign Minister Wang Yi on Wednesday night called for coordination with South Korea and Japan against the cross-border spread of the COVID-19 in separate phone calls with his South Korean and Japanese counterparts.

Wang suggested that on the basis of effective epidemic prevention and control, the two countries should help their affected industries and enterprises ride out the current difficulties, maintain the stability of their industrial and supply chains, and enhance bilateral practical cooperation.

Wang thanked South Korea for its help and support for China in the fight against the disease, and spoke of highly of the swift and effective measures Seoul took to prevent and control the COVID-19.

Kang said there is a reason behind the mounting number of infected cases in South Korea and his country has confidence to curb the disease from further spreading and is willing to work with China to jointly face down the challenge.

By the end of Wednesday, a total of 78,497 confirmed cases of novel coronavirus infection had been reported in 31 provincial-level regions on the Chinese mainland, and 2,744 people had died of the disease.

A total of 32,495 patients infected with the novel coronavirus had been discharged from hospitals after recovery by the end of Wednesday, Chinese health authority said Thursday.

So far, 12 people have died. More than half of the newly-confirmed cases came from a branch of a religious sect in the southeastern city of Daegu.

Since raising the virus alert level to "red," the highest level, on Sunday, health authorities have focused on halting the spread of the virus in Daegu, the epicenter of the virus outbreak in South Korea, and North Gyeongsang Province, reported Yonhap.

Wang calls for efforts with Japan to minimize COVID-19 impact

Speaking with Japanese Foreign Minister Toshimitsu Motegi, Wang said he believes that maintaining normal economic and trade cooperation between China and Japan is an important contribution to the world's economic stability and development.

He suggested that China and Japan jointly ensure the stability of their industrial and supply chains and reduce COVID-19's impact on bilateral cooperation as much as possible.

China and Japan need to boost coordination to prevent cross-border spread of the COVID-19 epidemic and effectively safeguard public health in both countries and the region at large, said Wang.

He also urged the two countries to actively explore ways to strengthen international cooperation on public health within multilateral frameworks.

Wang believes Japan has the capability and conditions to effectively contain the spread of the novel coronavirus epidemic and wishes for the successful hosting of the Tokyo Olympics as scheduled.

As of 8:00 a.m. Thursday, 894 cases have been confirmed in Japan, with 705 coming from the Diamond Princess cruise ship.

Japanese Prime Minister Shinzo Abe has called for delays, cancellations or scaling down the country's major events for the next two weeks.

The infection is spreading in schools around the northern prefecture of Hokkaido. Its board of education has asked all elementary and junior high schools to close for a week.