The Chinese Mission to the European Union (EU) on Tuesday urged the EU side to abandon the double standards and focus its time and energy on solving its own human rights problems. 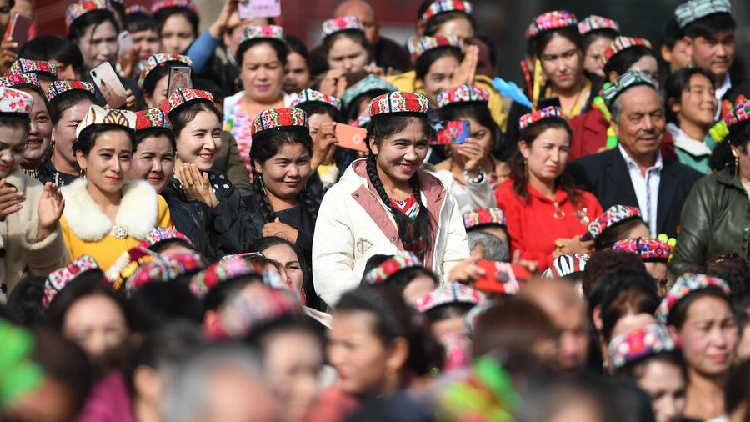 The European External Action Service (EEAS) Monday published 2020 EU Annual Report on Human Rights and Democracy in the World. On its China section, the report says that civil and political rights continued to be "severely challenged." It criticizes China for alleged human rights violations in Xinjiang Uygur Autonomous Region and Tibet Autonomous Region, and claims that the freedom of religion or belief and media freedom are restricted.

The Chinese government attaches great importance to the protection and promotion of human rights with a people-centered approach, and protects the rights and freedoms enjoyed by Chinese citizens in accordance with the law, a spokesperson for the Chinese mission stressed in a statement.

The spokesperson noted China has made notable progress in human rights development, increasing people's sense of happiness and gain.

"There is no one-size-fits-all approach to human rights development," the spokesperson stated, adding that the EU side is in no position to lecture others and should reflect on its own problems instead.