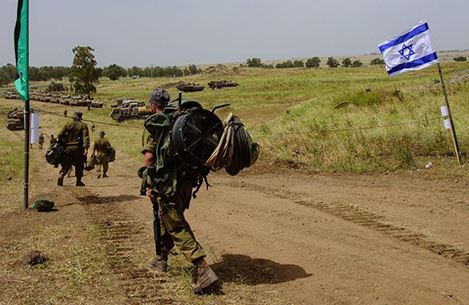 BEIJING, March 22 (Xinhua) -- China on Friday urged all concerned parties to settle the territorial dispute concerning the Golan Heights in accordance with relevant agreements of the United Nations.

According to reports, US President Donald Trump said on Thursday that it was time for the United States to recognize Israel's sovereignty over the occupied Golan Heights, which is of strategic and security importance to Israel and regional stability. A spokesperson for the European Union (EU) said the EU's position on sovereignty over the Golan Heights remained unchanged and did not recognize it as part of Israel's territory.

On the issue of the occupied Arab territories including the Golan Heights, there are clear provisions in the UN Security Council in its resolutions 242 and 338, Geng said.

China always supports relevant parties in properly settling disputes through negotiation in accordance with relevant UN resolutions and norms of international law so as to eventually achieve comprehensive, impartial and long-term peace throughout the Middle East, the spokesperson said.